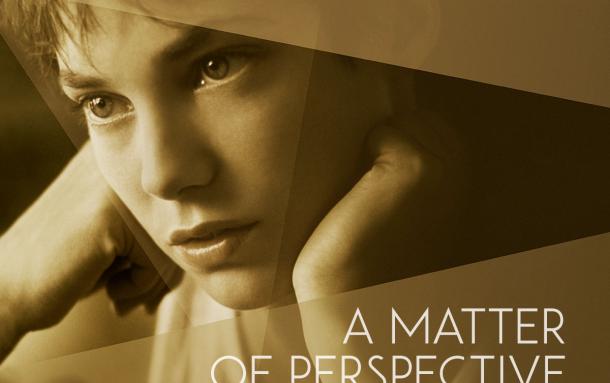 ∞ At the 68th Cannes International Film Festival, Kering and the Festival de Cannes will launch the first edition of the ‘Women in Motion’ programme, which will highlight women’s contribution to cinema

∞ Throughout the Festival de Cannes, the ‘Women in Motion’ Talks will provide an opportunity to consider and exchange views on the place of women in cinema in the presence of notable figures who will share their points of view

∞ From 2016, Kering and the Festival de Cannes will present two ‘Women in Motion’ awards: one recognising a significant contribution to the cause of women in cinema, and the other celebrating a young and talented female filmmaker

At the 68th Cannes International Film Festival, Kering and the Festival de Cannes will launch the ‘Women in Motion’ programme to celebrate the talent of women in cinema and encourage reflection on their contribution to and role in the film industry. Already highly committed to the women’s cause, particularly through the Kering Foundation which fights violence against women, the Luxury and Sport & Lifestyle Group is strengthening its already long-standing ties with the cinema industry by becoming an official partner of the Cannes International Film Festival for the next five years. The ‘Women in Motion’ programme also reflects the open-mindedness and modernisation to which the Festival de Cannes aspires.

François-Henri Pinault, Chairman and CEO of the Kering Group, said: “I am very enthusiastic about the idea of Kering supporting women in the film industry at Cannes. The artistic sensibility of women and the specific nature of female narration are an integral part of the richness of cinema. The ‘Women in Motion’ programme does not just aim at highlighting the talent of women in cinema, but also emphasises the interest of their work for audiences. Enhancing their visibility is essential when we consider the impact that films have on our ways of thinking and, ultimately, our everyday behaviour. It is precisely in this spirit of open-mindedness and cultural enrichment that we have created the ‘Women in Motion’ programme.”

The ‘Women in Motion’ Talks: discussing the role and importance of women in film

Throughout the entire competition, Kering and the Festival de Cannes will host the ‘Women in Motion’ Talks, a series of discussions focused on women and the film industry that will cover a range of issues such as women’s status, their representation within the profession and on screen, the specific nature of their narrative points of view and their perspectives behind the camera. The ‘Women in Motion’ Talks, which will take place as morning sessions, will offer film industry professionals and the media the chance to hear about and discuss these topics alongside renowned and committed figures from the cinema industry who have come to Cannes and wish to express their opinions on the multiple facets of these issues.

Thierry Frémaux, General Delegate of the Cannes International Film Festival, will be one of the guests at the first edition of the ‘Women in Motion’ Talks, the programme for which will be announced ahead of the Festival.

Thierry Frémaux, General Delegate of the Cannes International Film Festival, stated: “Women’s contribution to the film industry, be it on screen or behind the camera, is essential and invaluable. By putting this topic on the agenda, we hope to work towards greater recognition of their work and input to cinema. As an integral part of the official Festival de Cannes programme, ‘Women in Motion’ will give additional prominence to the talented women of film and their outlook on cinema. The ‘Women in Motion’ Talks, for which I am delighted to be one of the first participants, will also provide the profession with a unique opportunity to futher discussions about the necessary advancement of the representation of women and their stories within the film industry.”

To celebrate the creation of the ‘Women in Motion’ Awards, an exceptional Special Award will be presented this year during a Festival de Cannes “Presidential Dinner” on 17 May 2015 hosted by Pierre Lescure, President of the Cannes International Film Festival, Thierry Frémaux, General Delegate of the Cannes International Film Festival, and François-Henri Pinault, Chairman and CEO of Kering.

Pierre Lescure, President of the Cannes International Film Festival, added: “With ‘Women in Motion’, we are opening another chapter in the history of the Festival de Cannes and are paving the way for the cinema of tomorrow, enriched by a greater variety of points of view and by the diversity of films. This initiative perfectly corresponds to the new momentum we wish to give the competition: by exchanging views, supporting talent and honouring key figures and significant works, it reflects the values of beauty, progress and artistic and social ambition that have underpinned the Festival since its creation.”

 The Kering Group, through its Corporate Foundation and its brands, has been committed to the promotion and development of cinema for more than ten years.

 From financing films and restoring works to producing documentaries and supporting producers and feature films, the Group has frequently promoted the production of films.

- Kering and its Corporate Foundation have supported a number of films with a strong message: Desert Flower by Sherry Hormann (2009), Home by Yann-Arthus Bertrand (2009), Brave Miss World by Cecilia Peck (2013), and Ice and Sky by Luc Jacquet (2015)

- Kering has been a partner of the Ecole de la Cité film school, part of the Cité du Cinéma complex created by Luc Besson, since its launch in 2012

- Through its brands, Kering has also supported high-profile film institutions and festivals, such as the Tribeca Film Institute (New York), Britdoc (London), the Los Angeles County Museum of Art (LACMA) and the Lumière Festival (Lyon)

 The fight for women’s dignity and rights around the world has been at the heart of the Kering Group’s commitments for many years, notably through the Kering Foundation, chaired by François-Henri Pinault, which fights violence against women.

- Since its creation in 2009, the Foundation has supported more than 140,000 women around the world through partnerships with NGOs and social entrepreneurs.

 Alongside its fight against violence towards women, the Kering Foundation is also a partner of the Chime for Change campaign launched by Gucci to empower women and girls around the world.