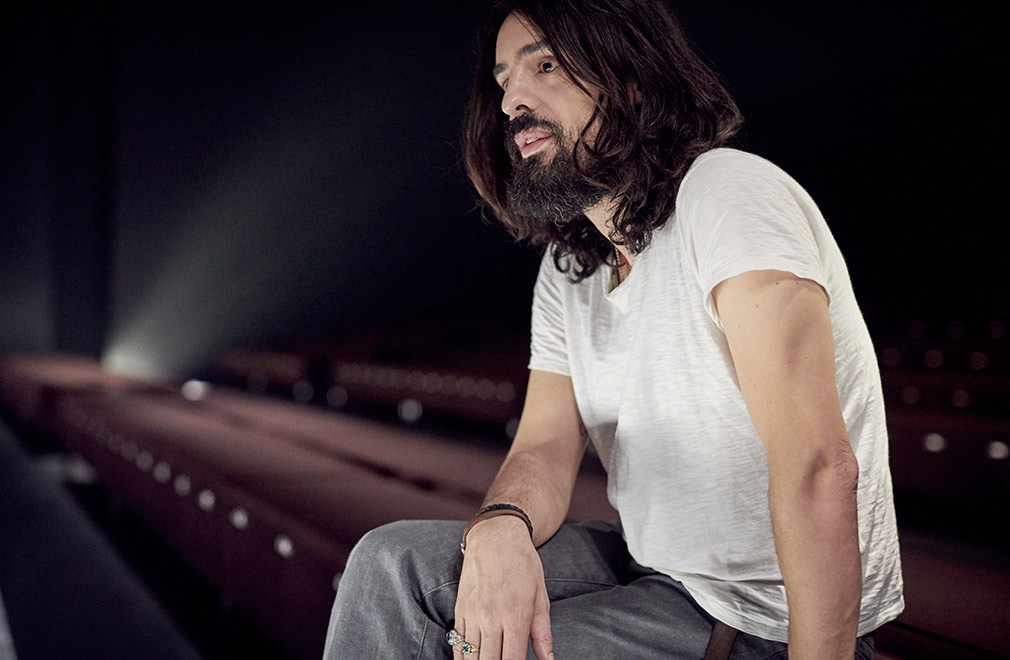 Alessandro Michele was born on November 25, 1972 in Rome where he grew up with an instinctive appreciation of the visual thanks to his mother’s love of cinema and his father’s interest in sculpture. As a teenager, he took part in the vibrant youth culture of post-punk Europe, and his interest in street style lives on in his designs today.

After studying costume design at Rome’s Academy of Costume and Fashion he joined the Italian knitwear brand Les Copains. Then, working under Karl Lagerfeld and Silvia Venturini Fendi at Fendi in the late 1990s he helped the firm achieve great results with its leather goods. Tom Ford poached him to design bags for Gucci in 2002, where he has been working ever since, becoming associate designer to Frida Giannini in 2011 and Creative Director of Richard Ginori in 2014, the famous Italian porcelain manufacturer acquired by Gucci, before being invited to take up his current post on January 21, 2015.

Responsible for all of Gucci’s collections, product categories and the company’s global brand image, Alessandro Michele's unique understanding and appreciation of the historical codes of the House, combined with his contemporary sensibility, has created a compelling new narrative for the brand.

His highly original and eclectic vision continues to evolve, delighting both those who already know Gucci and those who are discovering it for the first time. His energy, dynamism and fresh vision have also been recognized as being important for the future of the fashion industry, which has honored Alessandro with a number of awards.