In a quarter heavily impacted by COVID-19, Kering demonstrates its solidity

“The Covid-19 pandemic took a heavy toll on our operations in the first quarter. We took immediate action to ensure the safety and well-being of all the Kering people around the world, and of our customers. We also lent our support to the communities in which we are present, helping meet the extraordinary needs generated by this public health crisis, notably among healthcare workers and hospitals. I would also like to address my warmest thanks to all our employees for the unwavering commitment they have shown in this unprecedented context.
After a very promising start to the year for all our Houses, the rapid spread of Covid-19 affected our performance in our main markets. We are working hard on ensuring the continuity and readiness of all our businesses. Adapting our cost base and preserving our cash position are top priorities, implemented at all levels of the Group. Our solid financial structure and our agility serve us well in this difficult period. My confidence in Kering’s future lies in the strength and values of our Houses, which will all emerge from this period of uncertainty at the top of their game, as well as in our ability to blend long-term vision with near-term imperatives.”
François-Henri Pinault, Chairman and Chief Executive Officer

•    A quarter marked by strong disparities, with:
o    an exceptionally good start to the year in January, before the epidemic began to spread;
o    a contrasting month of February, reflecting store closures in Asia-Pacific;
o    a sharply deteriorating situation in March, due to the gradual closure of stores across Europe and the United States, the halt in tourism, and the partial closure of our production and logistics facilities towards the end of the quarter.

•    Revenue from the directly operated stores of the Luxury Houses retreated 19.5% on a comparable basis, and was particularly affected by the significant slowdown in Asia-Pacific, followed by Europe later in the quarter. During March, Kering began to see encouraging signs in Mainland China with the reopening of most of its stores. Sharp 21.1% rise in e-commerce for all our Houses in the quarter.

•    Comparable sales generated through the wholesale network were down 6.8%.

•    A contrasted picture for the Houses, due mainly to their respective bases of comparison, as well as their relative exposure to certain geographic areas.

•    Business continuity plans deployed at the Group, Houses and country levels for human resources, inventory management, logistics and merchandising, and cost-reduction measures implemented to optimize the Group’s positioning ahead of the return of the business to full capacity.

After a promising start to the year and in an exceptionally challenging environment, Kering posted revenue of €3,203.2 million in the first quarter of 2020, down 15.4% as reported and 16.4% on a comparable basis.

Gucci posted revenue of €1,804.1 million in the first quarter of 2020, down 22.4% as reported and 23.2% on a comparable basis. Sales from directly operated stores fell 23.8% against an extremely high first-quarter 2019 comparison basis. Gucci had an excellent start to the year, with double-digit growth in North America in the first two months of the year and another sparkling performance in Western Europe. However, activity levels were hit hard from February onwards due to the House’s strong positions in Asia-Pacific and among Chinese tourists worldwide. Trends in Mainland China are gradually improving since stores began reopening in early March. Wholesale was down 20.0%, held back in particular by the closure of the Group’s central logistics hub in late March and an increasingly selective distribution.

Yves Saint Laurent reported revenue of €434.6 million in the first quarter of 2020 (down 12.6% as reported and 13.8% on a comparable basis). This relatively contained decrease can be attributed to the House’s limited exposure to the Asian markets, as well as a good start to the quarter in Western Europe and North America. Retail sales in the directly operated store network were down 17.6% on a comparable basis, while wholesale dropped 5.7%.

On the back of its successful creative renewal, Bottega Veneta posted a remarkable performance in the first three months of the year, with revenue up 10.3% as reported and 8.5% on a comparable basis, to €273.7 million. Retail sales in directly operated stores remained broadly unchanged (down 0.9%) despite the exceptionally unfavorable market context. The House’s collections met with resounding success among local customers in North America (up 31.3%) and Western Europe (up 25.4%), but sales were down in Asia-Pacific and Japan. Wholesale was up a strong 55.1%, benefiting from a very high order book for Spring-Summer 2020 collections against favorable bases of comparison and despite reduced delivery capacity at the end of the period.

First-quarter revenue from the Other Houses totaled €553.3 million, down 4.1% as reported and 5.4% on a comparable basis. Sales from the Couture & Leather Goods Division held up remarkably well. Balenciaga and Alexander McQueen recorded more favorable trends in their store networks in Western Europe and the United States, nearly offsetting the decline in Asia-Pacific and Japan. Their wholesale was up during the period. The Watches & Jewelry Division has been hit hard by the crisis and revenue was down from last year’s first quarter.

First-quarter 2020 revenue for the “Corporate and other” segment remained virtually stable at €137.5 million, including €130.1 million attributable to Kering Eyewear consolidated sales.

Decisions by the Board of Directors

The Board of Directors of Kering, meeting on April 21, 2020, decided that, based on current calendar constraints, the final date of the Annual Meeting of Shareholders will be June 16, 2020, at 3pm Paris time. Exceptionally, the Annual Meeting will be held behind closed doors.

The Board will ask the Annual Meeting approving the financial statements for the year ended December 31, 2019, to distribute a dividend for that year of 8.00 euros in cash per share, representing a decrease of 30% compared to the dividend initially proposed.
An interim dividend of 3.50 euros in cash was paid on January 16, 2020. Pending approval by the Annual Meeting of Shareholders, the balance of the dividend will be paid on June 25, 2020 on positions recorded as of June 24, 2020 after market close. The ex-dividend date will be June 23, 2020 before trading.

REMINDER OF ANNOUNCEMENTS MADE SINCE JANUARY 1, 2020

Kering’s brands come together to support the fight against Australia’s bushfire disaster
January 8, 2020 – In response to the bushfire crisis in Australia, the Kering Houses came together to support the efforts of the Australian people to fight the wildfires. Together, they donated a total of AUD 1 million as an immediate contribution to the bushfire emergency. These funds were provided to the most appropriate local organizations selected by the Group’s sustainability experts.

Kering contributes to the worldwide fight against Covid-19

In China:
-    Kering and its Houses announced a donation to the Hubei Red Cross Foundation to help fight the spread of the virus.

In France:
-    Kering ordered 3 million surgical masks from China for the French health service.
-    Kering made a financial donation to Institut Pasteur to support its research into Covid-19.
-    Kering financed on behalf of Paris public hospitals authority (AP-HP) the purchase of 60 3D printers for Paris’ Hôpital Cochin, so that it can rapidly produce large quantities of medical components and address the unprecedented demand for equipment during the Covid-19 epidemic.
-    The French workshops of Balenciaga and Yves Saint Laurent began manufacturing surgical masks, while ensuring the strictest health protection measures for their staff members.

In the United States:
-    Kering and its Houses announced a joint donation of USD 1 million to the CDC Foundation, to support healthcare workers in the Americas.

In the United Kingdom:
-    Kering made a donation of masks to the NHS.

January 30, 2020 – Three years after announcing its next-generation sustainability strategy, “Crafting Tomorrow’s Luxury”, Kering published its Sustainability Progress Report. The Group has made serious progress and is on track to meet its 2025 targets, while setting the foundation to align with a 1.5°C pathway. Kering has reduced its overall environmental impacts by 14% in terms of EP&L intensity (between 2015 and 2018) and is on a positive trajectory to reach its 40% reduction target by 2025. GHG emissions have fallen 77% in intensity in Kering’s own operations (between 2015 and 2018), with renewable energy use reaching 100% in seven countries, 78% in Europe and 67% covered overall, Group-wide. Kering has also reached its target of purchasing 100% responsible gold for its Jewelry and Watches Divisions, and is on track to reach 100% sustainable sourcing for other key raw materials by 2025. In addition, the Group has attained 88% traceability for its key raw materials.

2020 remuneration for the Kering leadership team

April 10, 2020 – Given the current context of the Covid-19 pandemic and its impact on economic activity, François Henri Pinault, Chairman and CEO of Kering, decided to reduce the fixed portion of his salary by 25% from April 1, until the end of 2020. In addition, François-Henri Pinault and Jean-François-Palus, Group Managing Director, decided to waive the entirety of the variable portions of their annual remuneration for 2020.

About Kering
A global Luxury group, Kering manages the development of a series of renowned Houses in Fashion, Leather Goods, Jewelry and Watches: Gucci, Saint Laurent, Bottega Veneta, Balenciaga, Alexander McQueen, Brioni, Boucheron, Pomellato, DoDo, Qeelin, Ulysse Nardin, Girard-Perregaux, as well as Kering Eyewear. By placing creativity at the heart of its strategy, Kering enables its Houses to set new limits in terms of their creative expression while crafting tomorrow’s Luxury in a sustainable and responsible way. We capture these beliefs in our signature: “Empowering Imagination”. In 2019, Kering had nearly 38,000 employees and revenue of
€15.9 billion. 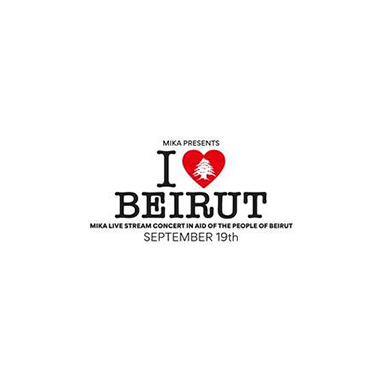 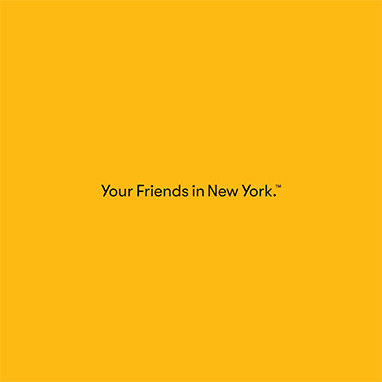 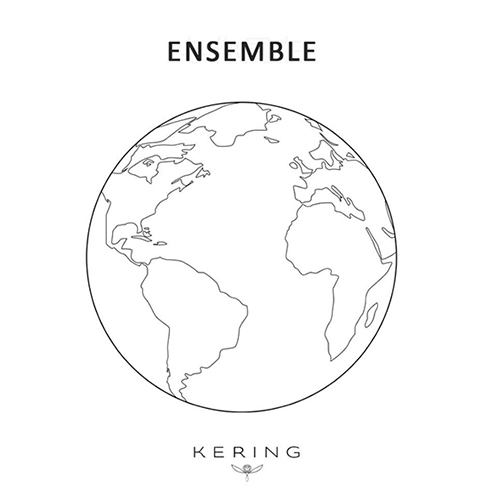