Agnès Varda will be the guest speaker at a Women in Motion Talk in Paris, July 3 2018

On Tuesday July 3, Kering through its Women in Motion program, welcomes filmmaker Agnès Varda for a Talk about her experience as a director and her commitment to women. After its fourth edition in Cannes and eight Talks held around the world - in New York, Shanghai, Tokyo, Lausanne and at the Sundance Festival - Women in Motion will take place for the first time in Paris where the Group is based.

On the occasion of the release of a newly restored version of her film One Sings, the Other Doesn't supported by Women in Motion, Agnès Varda will share her experiences during this first Parisian Talk of the Women in Motion program. She will address a public of women and men from all walks of life, personalities from the world of cinema, art and culture, along with journalists and students.

Even before its release in 1976, One Sings, the Other Doesn't was already a pioneer, both in its manner of portraying the filmmaker's convictions on the big screen and for conditions under which it was made. A profound work that is both feminist and musical, this feature film is one of the first to claim parity within its technical team.

A cult figure of cinema, committed and avant-garde, and an icon of the Nouvelle Vague, Agnès Varda has imposed her singular vision that goes well beyond France. Just over a month ago and alongside 82 women, Cate Blanchett and Agnès Varda read a collective letter seeking parity in important positions within the film industry and especially within festival selection committees.

A few months ago, Agnès Varda was awarded an Oscar® Honor presented by American actress and director, Angelina Jolie, in honor of her entire filmmaking career, the first ever to be awarded to a director. An important acknowledgement that Women in Motion had celebrated with Agnès Varda and the large family of art, culture and cinema in December 2017. This distinction completed an already prestigious list of awards that includes: the César of Honor in 2001, the René Clair Prize of the French Academy the following year, and then a Leopard of Honor in Locarno. In 2015, it was the turn of the Festival de Cannes to award her a Palme d'honneur.

Her most famous films include Cléo from 5 to 7, Happiness, Vagabond (Golden Lion at the Venice Film Festival in 1985), Jacquot de Nantes, The Gleaners and I, and The Beaches of Agnès (César for Best Documentary in 2009). Her latest documentary film entitled Faces Places, co-directed with her associate and long-standing companion JR, is imbued with the poetry that characterizes her work and was nominated in the best documentary category for both the Oscars and the Césars. She has won numerous awards including the Spirit Award and L'Oeil d'Or.

"Women in Motion and Agnès Varda are a self-evident story. We are proud that she and our program once again meet up following her participation in a Talk in 2015, and the support provided this year by Women in Motion for the release of One Sings, the Other Doesn't. In praise of sorority and forward-thinking advocacy for women's right to freely own and control their own bodies, this film is more relevant than ever. Today, the word, work, fantasy and the poetry of Agnès Varda are very necessary in the fight for equality between women and men in front of and behind the camera, and which urgency will never falter."
François-Henri Pinault

"One Sings, the Other Doesn't is a feminist and musical film, for which I wanted to put together a film crew with as many women as there were men. Difficult to do at the time but we managed! While the position of women has made radical progress since 1976, there are still many battles to be fought. These are taken up by the new generations and in other forms, especially for the issues of equal pay, parity, access to positions of power, and listening to and respecting women. It will be necessary to campaign with men to gain a real equal share. I am pleased to speak at Women in Motion about these heated issues, after the awareness that has developed over recent months."
Agnès Varda

About Kering
A global Luxury group, Kering manages the development of a series of renowned Maisons in Fashion, Leather Goods, Jewelry and Watchmaking: Gucci, Saint Laurent, Bottega Veneta, Balenciaga, Alexander McQueen, Brioni, Boucheron, Pomellato, Dodo, Qeelin, Ulysse Nardin, Girard-Perregaux, as well as Kering Eyewear. By placing creativity at the heart of its strategy, Kering enables its Maisons to set new limits in terms of their creative expression while crafting tomorrow's Luxury in a sustainable and responsible way. We capture these beliefs in our signature: “Empowering Imagination.” In 2017, Kering had nearly 29,000 employees and pro forma revenue of €10.823 billion. 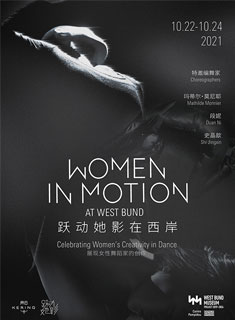 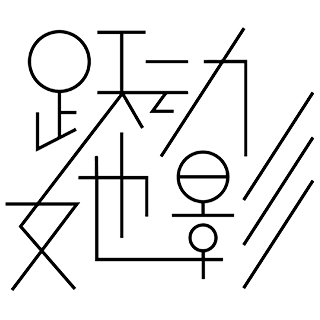