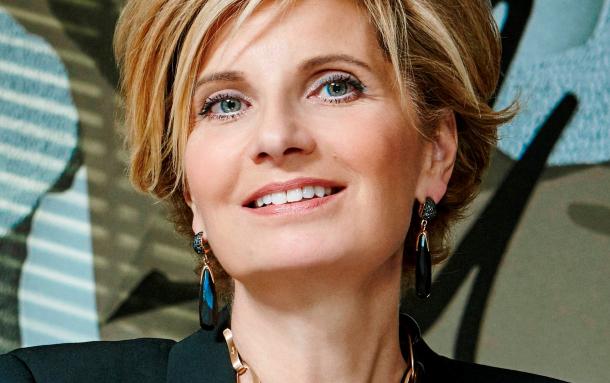 Today, Kering announced the appointment of Sabina Belli as CEO of the Pomellato group, comprising the Italian luxury jewellery brands Pomellato and Dodo, effective immediately. She will report to Albert Bensoussan, CEO of Kering ‘Luxury – Watches & Jewellery’ division. Andrea Morante, currently CEO of the Italian jewellery group, will leave the company by the end of the year, after having completed a harmonious handover period with the new CEO, as planned since the acquisition agreement.

Sabina Belli joined Kering in April 2015 as General Manager of the Pomellato brand. She has a deep knowledge of the luxury sector and of the development of high-end products on an international scale, having held various senior-level positions on the jewellery, wine & spirits and cosmetics industries. As part of her new role, she will have the responsibility to support Pomellato’s and Dodo’s development and to strengthen their unique positioning globally.

Albert Bensoussan, CEO of Kering ‘Luxury – Watches & Jewellery’ division, commented: “I am pleased to have Sabina Belli taking the role of CEO of the Pomellato group. Since she joined, she has demonstrated a deep knowledge of the brands and their organisations. I am confident that her professional background and expertise of the luxury sector will be of great value to the brands’ development. He added: “I would also like to thank Andrea Morante for the role he has played in the growth of the Pomellato group, and for his dedication to a harmonious transition over the past months, paving the way for the brands’ successful future”.

Sabina Belli, Pomellato group’s newly appointed CEO, stated: “I am honoured to have been given the opportunity to join the Pomellato group’s team. The two brands, Pomellato and Dodo, have a true distinctive creative identity and vision which makes them very unique on the jewellery market today. I look forward to writing the next chapter in the history of such inspiring brands”.

An Italian national, Sabina Belli started her career in advertising within the global communications group WPP, more particularly at Ogilvy & Mather and Young & Rubicam where she managed several product-oriented accounts from 1983 to 1991. She joined L’Oréal Luxe in 1991 first as Product Manager for the Helena Rubinstein brand and then International Brand Manager for the Giorgio Armani fragrances, from 1994 to 1996. She moved to the LVMH Group in 1996 where she was successively International Brand Director for the Christian Dior Parfums, Image and Marketing Director for LVMH Moët Hennessy, before working as International Brand Manager for Veuve Clicquot Ponsardin from 2009 to 2012. Sabina Belli then became Brand Executive Vice President of Bulgari in 2012, before joining the Kering Group as General Manager for the Pomellato brand in April 2015.