The second edition of the Women In Motion LAB, launched in 2021,
supports the development of Bettina Grossman's archives,
under the direction of the artist Yto Barrada. 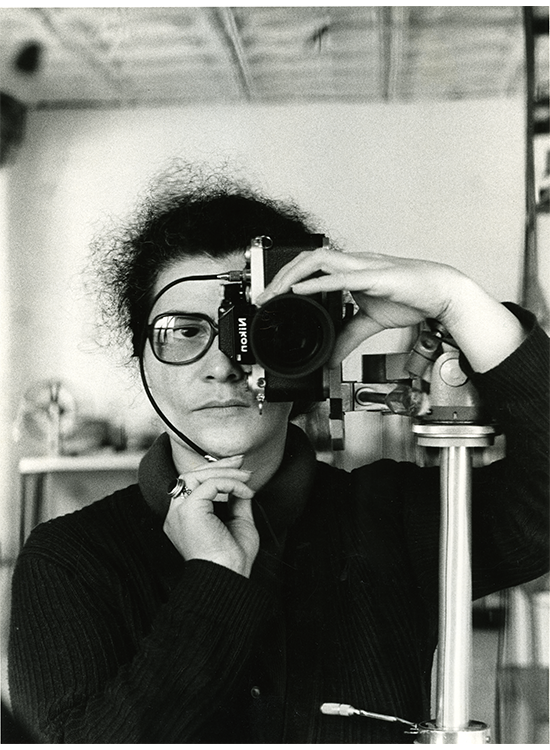 On Tuesday, July 5, 2022, during the first evening at the Théâtre Antique d'Arles, Kering and the Rencontres d'Arles will present the Women In Motion Award to the Franco-American photographer Babette Mangolte. On this occasion, she will present her work and share with the public her journey and her views on the place of women in photography. A solo exhibition will be dedicated to her at the Saint-Anne church in Arles.

The Women In Motion Award, which has been given every year since 2019 in recognition of the career of an outstanding photographer, is accompanied by an endowment of 25,000 euros for the acquisition of works by the winning artist for the Rencontres d'Arles collection. Previous winners are Susan Meiselas in 2019, Sabine Weiss in 2020 and Liz Johnson Artur in 2021.

Susan Meiselas, in 2019 the first winner of the Women In Motion Award, will also be present at the Rencontres d'Arles through an exhibition of her work at the church of Saint-Blaise, in collaboration with composer Marta Gentilucci.

The first edition, 2019 to 2021, was dedicated to rewarding the place of women in the history of photography and resulted in the publication by Editions Textuel of the Une Histoire Mondiale des Femmes Photographes.  The LAB also supported the English-language edition, A World History of Women Photographers, to be released in June 2022, by Thames & Hudson.

For the second edition of the LAB beginning in 2021, Kering and the Rencontres d'Arles continue their commitment to women photographers lacking the recognition they deserve, by supporting the research and development of Bettina Grossman's archives by the artist Yto Barrada, and the exhibition organized as part of the festival, beginning in July 2022.

Bettina Grossman (1928-2021) - "Bettina" to the art world - has left her mark in the history of photography, even though her work remains relatively unknown to the general public. A mythical artist of New York in the 1960s and 1970s who lived in seclusion in the Chelsea Hotel from 1972 onward, Bettina developed a prolific body of work spanning more than 60 years.

In 2017, Yto Barrada began a major research project on Bettina’s art. This resulted in a monograph that presents an exceptional photographic, cinematographic, and graphic body of work by the artists, influenced by the practice of conceptual sculpture. The book won the Luma Rencontres Dummy Book Award Arles 2020. It will be published by Atelier EXB in 2022 and will be unveiled during the opening week of the Rencontres in July 2022.

A monographic exhibition of Bettina's work in the Salle Henri Comte in Arles, also supported by the Women In Motion LAB, will accompany this major publication.

Women In Motion and Les Rencontres d'Arles renew their commitment

Kering is pleased to announce the extension and strengthening of its partnership with Les Rencontres d'Arles, committing to the festival for another five years as a major partner.

Launched in 2015 to highlight the role of women in the world of the 7th art, Women In Motion has become a prime forum for changing mind sets and fighting against gender inequality in all artistic and cultural fields, and particularly in photography. In March 2019, Kering and Les Rencontres d'Arles announced their partnership and the launch of the Women In Motion program in Arles. While continuing since 2016 to support the Prix de la Photo Madame Figaro which supports young female talent, Kering has also launched two complementary activities: the Women In Motion LAB and the Women In Motion Photography Award in Arles.

Born in France in 1941 and based in New York since the 1970s, Babette Mangolte is a filmmaker, photographer, artist, and author of critical essays on photography. As a director of photography, she worked with Chantal Akerman on the cult films Jeanne Dileman, 23 rue du Commerce, and 1080 Brussels. She has documented the choreography and performances of Yvonne Rainer, Trisha Brown, Joan Jonas, Robert Morris, Lucinda Childs, Marina Abramović, Steve Paxton and the 1970s theater scene in New York City. Her recent solo exhibitions include a retrospective exhibition at Kunsthalle Vienna (2017) and VOX centre de l'image contemporaine, Montreal (2013). Her work is regularly shown in exhibitions, festivals, and film programs internationally, including recently at Tate Modern, London; Migros Museum, Zurich; ICA, Philadelphia; South London Gallery, London; ICA, London.