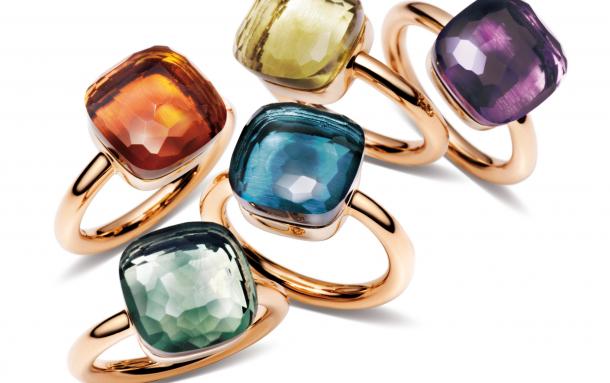 Kering announces the signing of an agreement with RA.MO S.p.A to acquire a majority stake in the Pomellato group. The transaction is subject to the approval of the competition authorities and is expected to be finalized in the coming weeks. Andrea Morante will remain CEO of the company.

Pomellato, whose 2012 revenues reached €146 million, is one of Europe’s major jewellery groups, with a strong international position. The company’s success is based on the personality and unmistakeable style of its creations unique in their blend of colours, stones and extraordinary shapes as well as their fine craftsmanship. The Pomellato group is a profitable and growing Italian business with two brands, Pomellato and Dodo, the first positioned within the fine jewellery segment and the latter within the accessible jewellery segment. Its distribution network includes 86 mono-brand stores (45 Pomellato, 41 Dodo) as well as approximately 600 independent points of sale around the world.

With this acquisition, Kering is extending and reinforcing its portfolio of luxury brands in the high growth jewellery market. The Pomellato group enjoys significant growth potential and Kering will support the development and international expansion of its two brands. The group will also benefit from Kering’s expertise and resources in real estate, distribution, media, brand management, etc.

François-Henri Pinault, Chairman and CEO of Kering, commented: “Synonymous with Italian style, Pomellato and Dodo rank among the most beautiful and innovative jewellery brands in the world. I am delighted that they are joining our portfolio of luxury brands. We have great ambitions for the Pomellato group, which, with access to our expertise and know-how, will be able to step up the pace of its growth and expand its geographic footprint while preserving the values that underpin its Italian identity.”

Andrea Morante, CEO of Pomellato, commented: “Becoming global brands is no longer an option for Pomellato and Dodo; it is a necessity. With this consideration in mind, we have undertaken a lengthy review of our best strategic alternatives and reached the conclusion that joining Kering was far and away the most favourable course of action. First, we will instantly join one of the most prestigious groups in the world; second, we will have a unique opportunity to preserve and enhance the Pomellato and Dodo success stories on a global scale.”

About the Pomellato group and its brands
With revenues of €146 million in 2012 and steady growth since 2009, Pomellato ranks 4th in the European jewellery market, and is one of the prime players in the sector at an international level. Thanks to an intensive programme of opening directly operated stores, Pomellato is currently present in the main capital cities of Europe, the Middle East, Asia and the United States. The company operates 86 Pomellato and Dodo mono-brand boutiques, along with highly selective distribution in approximately 600 jewellery stores. With a lean structure and a headcount of 585 people, the company sustains a rate of growth in keeping with its highly manual production capacity.

Synonymous with creativity and character in the international jewellery market, Pomellato was established in Milan in 1967, thanks to the intuition of its founder, Pino Rabolini, who was the first to introduce the prêt-à-porter philosophy into the world of jewellery, giving the brand a strong and distinctive identity. This enabled Pomellato to rapidly gain ground on the Italian market, and subsequently in the rest of the world. Pomellato creations are immediately recognisable and have built a consistent, iconic style over time. Jewels are crafted by the expert hands of 100 goldsmiths, transforming the spirit of the brand into gold: Pomellato, with its innovative stone cutting and setting methods, volumes and colours; Pom Pom, a high-end collection of unique pieces designed around stones that are truly one-of-a-kind; Pomellato 67 – which has just made its debut – reinterpreting the maison’s codes in solid silver. Dodo is a successful brand launched in 1995, relying on a unique concept: it’s the first jewel that “talks”, adding the value of words and feelings to its charms.

About Kering*
A world leader in apparel and accessories, Kering develops an ensemble of powerful Luxury and Sport & Lifestyle brands: Gucci, Bottega Veneta, Saint Laurent, Alexander McQueen, Balenciaga, Brioni, Christopher Kane, Stella McCartney, Sergio Rossi, Boucheron, Girard-Perregaux, JeanRichard, Qeelin, Puma, Volcom, Cobra, Electric and Tretorn. By ‘empowering imagination’ in the fullest sense, Kering encourages its brands to reach their potential, in the most sustainable manner.
Present in more than 120 countries, the Group generated revenues of €9.7 billion in 2012 and had 33,000 employees at year end. The PPR (in future Kering) share is listed on Euronext Paris (FR 0000121485, PRTP.PA, PPFP).
* PPR will become Kering, subject to approval at the Annual General Meeting on 18 June 2013.