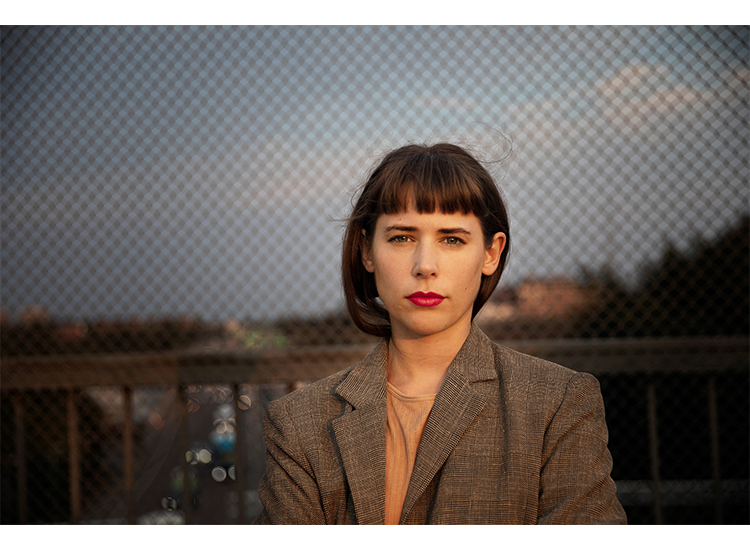 As part of the eighth edition in Cannes of Women In Motion, Kering and the Festival de Cannes will present the Young Talent Award to a female film-maker who has directed her first feature film. The award, which is accompanied by €50,000 in financial support for her next movie project, will be presented during the official Women In Motion dinner on May 22, 2022.

As is now the tradition, the previous winner of the award, Australian director Shannon Murphy, chose her successor – Swedish director Ninja Thyberg.

During the ceremony, actress and producer Viola Davis will receive the Women In Motion Award. Both awards will be presented by François-Henri Pinault, Chairman and CEO of Kering, Pierre Lescure, President of the Festival de Cannes, and Thierry Frémaux, Director of the Festival.

“I am very honored to have been chosen to receive this award by last year's recipient Shannon Murphy. Making Pleasure was a difficult but incredibly rewarding process and I am thrilled that it is now out there for everyone to see. I was so proud when it was accepted to Cannes in 2020, and as the film didn’t get to play due to the pandemic, this award is especially meaningful to me. Thank you so much to Women In Motion for supporting female directors - and thank you for this award.” Ninja Thyberg

Since 2009, Ninja Thyberg has directed several short films on the same theme: sexuality as a prism for viewing passion in society. In 2013, her short film Pleasure was presented in Cannes as part of the 52nd Critics' Week. It is also the title of her first feature film, which was chosen for the Official Selection of the 2020 Festival de Cannes (receiving the Cannes 2020 label) and of the 2021 Sundance Festival, and was awarded the Jury Prize at the 2021 Deauville American Film Festival.

Commenting on her choice, Shannon Murphy said: « Ninja Thyberg's film Pleasure is an impressive film debut on so many levels. She is a bold filmmaker, with an incredibly clear voice. Her visuals are surprising, arresting and artistic. What I loved most is that she is taking the conversation about women, their power and their bodies to a whole new level. I am so incredibly excited to see what film she will make next. »

Launched in May 2015 by Kering as part of its partnership with the Festival de Cannes, Women In Motion has since become an integral part of its official program and has extended its reach around the world through a series of events.

For the eighth year of its partnership with the Festival de Cannes, Kering pays tribute to Carla Simón with the design of the official Women In Motion poster. Winner of the 2018 Young Talent Award for her first film, Summer 93, Carla Simón won the Golden Bear at the Berlinale in February 2022 with her feature film Alcarràs. Women In Motion is particularly proud to have contributed to the movie through its award endowment. 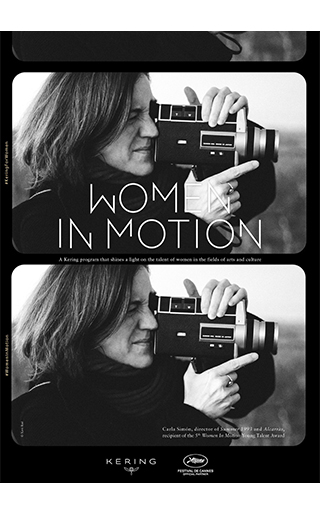 Gender equality is at the heart of Kering's commitments, and the ambition of Women In Motion is to highlight women’s contribution to the film industry, both in front of and behind the camera – and, more broadly, their contribution to culture and the arts.

A director and screenwriter, Ninja Thyberg was born in 1984 in Alseda, Sweden. She graduated as a director from the Stockholm Academy of Dramatic Arts in 2015. Thyberg's films have recurring themes of the body, sexuality, and power. Her works are often humorous studies of group dynamics, in which individual and collective identities are questioned and challenged. She first gained international attention by winning the Prix Canal+ de la Semaine de la Critique for her short film Pleasure (2013), which provides a behind-the-scenes look at the making of a pornographic film. In 2014, Pleasure was nominated for Best Foreign Short Film at the Sundance Film Festival. Her short films, Hot Chicks (2014) and Catwalk (2015) won the 1km Award at the Stockholm Film Festival and the Student Visionary Award at the Tribeca Film Festival respectively. Her film Stallion (2015), about the erotic coming-of-age of Adena, a 16-year-old girl who tries to seduce her high school teacher, was selected as the opening film at the 2015 Stockholm Film Festival.

She is currently working in Los Angeles on her next feature film.