Kering successfully completes the sale of 5.9% of Puma shares

NOT FOR DISTRIBUTION, DIRECTLY OR INDIRECTLY, IN THE UNITED STATES OF AMERICA, SOUTH AFRICA, AUSTRALIA, CANADA OR JAPAN, OR IN ANY OTHER JURISDICTION IN WHICH IT WOULD BE UNLAWFUL TO DO SO.

Kering announces the completion of the sale following an accelerated bookbuilding process to qualified investors only, as defined in Article 2 point (e) of Regulation (EU) 2017/1129 (the “Placement”), of approximately 5.9% of the share capital of Puma SE (“Puma”) for a total amount of approximately € 655.6 million, corresponding to a selling price of € 74.50 per Puma share (the “Shares”).

Following this transaction, Kering will have a remaining stake of 9.8% of Puma’s share capital.

Kering and Artémis have entered into a lock-up agreement relating to the Puma’s shares, which lock-up is expected to end after a period of 90 calendar days from the settlement date of the Shares, subject to certain exceptions or waiver by the joint global coordinators.

The proceeds of this transaction will be used for the general corporate purposes of Kering and will further strengthen its financial structure.

Settlement of the Placement is expected on 8 October 2020.

This press release is an advertisement and not a prospectus within the meaning of Regulation (EU) 2017/1129 as amended (the “Prospectus Regulation”).
With respect to member states of the European Economic Area (the “Member States”) and the United Kingdom, no action has been undertaken or will be undertaken to make an offer to the public of the Shares requiring a publication of a prospectus in any Member State or the United Kingdom. As a result, the Shares may only be offered or sold pursuant to an exemption under the Prospectus Regulation.

The Shares have not been and will not be offered or sold, directly or indirectly, to the public in France (other than to qualified investors). Any offer or sale of the Shares and distribution of any offering material relating to the Shares have been and will be made in France only to qualified investors as defined in point (e) of Article 2 of the Prospectus Regulation and in accordance with Articles L. 411-1 and L. 411-2 of the French Code monétaire et financier.

This press release is addressed and directed only (i) to persons located outside the United Kingdom, (ii) to investment professionals as defined in Article 19(5) of the Financial Services and Markets Act 2000 (Financial Promotion) Order 2005 (the “Order”) or (iii) to high net worth companies, and other persons to whom it may lawfully be communicated, falling within Article 49(2) (a) to (d) of the Order (the persons mentioned in paragraphs (i), (ii) and (iii) all deemed relevant persons (“Relevant Persons”)). The Shares are only available to Relevant Persons, and any invitation, offer or agreement to subscribe, purchase, or otherwise acquire the Shares may be addressed and/or concluded only with Relevant Persons. All persons other than Relevant Persons must abstain from using or relying on this document and all information contained therein.
This press release is not a prospectus which has been approved by the Financial Conduct Authority or any other United Kingdom regulatory authority for the purposes of Section 85 of the Financial Services and Markets Act 2000.

The information included in this press release does not constitute an offer of securities in South Africa, Australia, Canada or Japan.
The distribution of this press release may, in certain countries, constitute a breach of applicable laws.
In connection with any offering of securities, the bookrunners appointed by the selling shareholder in connection with the offering (together the “Banks”) and any of the Bank’ respective affiliates may take up as a principal position any securities and in that capacity may retain, purchase or sell for their own account such securities. In addition each of the Banks may enter into financing arrangements (including swaps or contracts for differences) with investors in connection with which they may from time to time acquire, hold or dispose of securities. They do not intend to disclose the extent of any such investment or transactions otherwise than in accordance with any legal or regulatory obligation to do so.
The Banks are acting on behalf of the selling shareholder and no one else in connection with any offering of the Shares and will not regard any other person as their respective clients nor be responsible to any other person for providing the protections afforded to any of their respective clients or for providing advice in relation to any offering of the Shares nor for providing advice in relation to the offering, the contents of this announcement or any transaction, arrangement or other matter referred to herein.
None of the Banks or any of their or their affiliates’ directors, officers, employees, advisers or agents accepts any responsibility or liability whatsoever for or makes any representation or warranty, express or implied, as to the truth, accuracy or completeness of the information in this announcement (or whether any information has been omitted from the announcement) or any other information relating to Kering, Puma or their respective subsidiaries or associated companies, whether written, oral or in a visual or electronic form, and howsoever transmitted or made available or for any loss howsoever arising from any use of this announcement or its contents or otherwise arising in connection therewith. 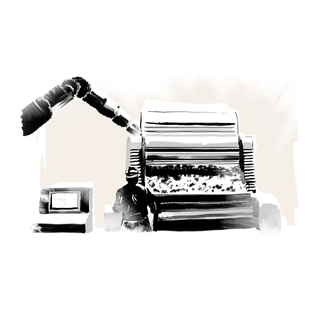