Kering recognised as one of the greenest companies worldwide by Newsweek 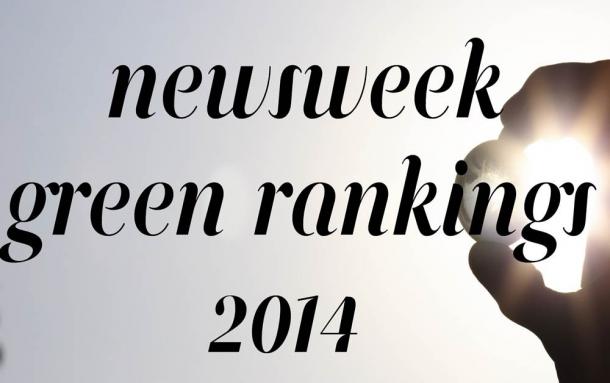 Kering has been recognised as one of the “greenest” companies worldwide by Newsweek Magazine’s Green Rankings released today, coming in fourth position in the overall Global 500 list and as top-ranked in consumer discretionary companies* within the Global 500.

Kering’s inclusion in the 2014 Newsweek Green Rankings is based on the evaluation of the Group’s environmental performance for 2012 with eight key performance indicators (KPIs) assessed including energy, greenhouse gas, water, waste, company reputation, remuneration linked to sustainability, third party auditing, and the extent to which internal governance is geared towards sustainability. Coming on the heels of the recent publication of the Group’s 2016 Sustainability Target Progress Report, the Newsweek Green Rankings’ assessment further highlights Kering’s progress and commitment to sustainable policies and best practices across the Group.

“It is an honour to be recognised in the Newsweek Green Rankings,” said Marie-Claire Daveu, Chief Sustainability Officer and Head of international institutional affairs of Kering. “The Newsweek Green Rankings is viewed as prestigious amongst our peers and stakeholders and this level of recognition encourages us to continue our efforts to enhance the sustainability of our business.”

The 2014 Newsweek Green Rankings is the result of a comprehensive research process undertaken by Corporate Knights Capital and peer-reviewed by a panel of experts, and ranks the 500 largest publicly-traded companies in the United States (the U.S. 500) and the 500 largest publicly-traded companies globally (the Global 500) on overall environmental performance. The 2014 Rankings measures the environmental performance of large public companies using eight clearly defined KPIs and a company’s overall score is a weighted average of their eight KPI scores as outlined in the ranking methodology.