For the fifth edition of Women In Motion, Kering has launched a podcast which offers a platform for women working across in the field of culture and the arts: film directors, producers, casting directors, renowned film production and distribution company directors, female film critics as well as female photographers. From season to season, they talk us through their journeys, experiences their views and more generally, on the status of women in society in industries that remain affected by disparities.

In 2015, Kering, an official partner of the Festival de Cannes, launched the Women In Motion program with a twofold ambition: promoting gender equality and shining a light on women’s contribution to cinema by giving them a platform for expression.

To celebrate the program’s fifth edition, Kering launched the Women In Motion podcast. Each episode, lasting around twenty minutes, is produced and narrated by journalist and producer, Geraldine Sarratia. The series looks back on the interviewed personalities, their careers and their convictions: how did they become actresses, producers, filmmakers and photographers? What difficulties did they face? Who were their role models and what inspired them? Do they believe in a long-lasting change of mindsets? Do they define themselves as feminist?

The episodes are available on Apple podcasts, Soundcloud, Spotify and Deezer. 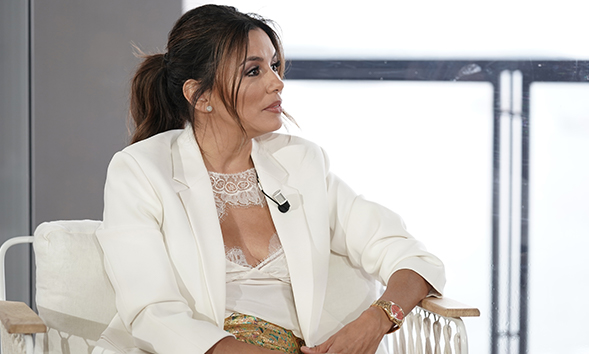 Women In Motion offers a platform for expression to those who push the boundaries and are striving towards gender equality.

The Women In Motion awards are given to prominent women and young female talents who seek to raise the profile of women in the industry.