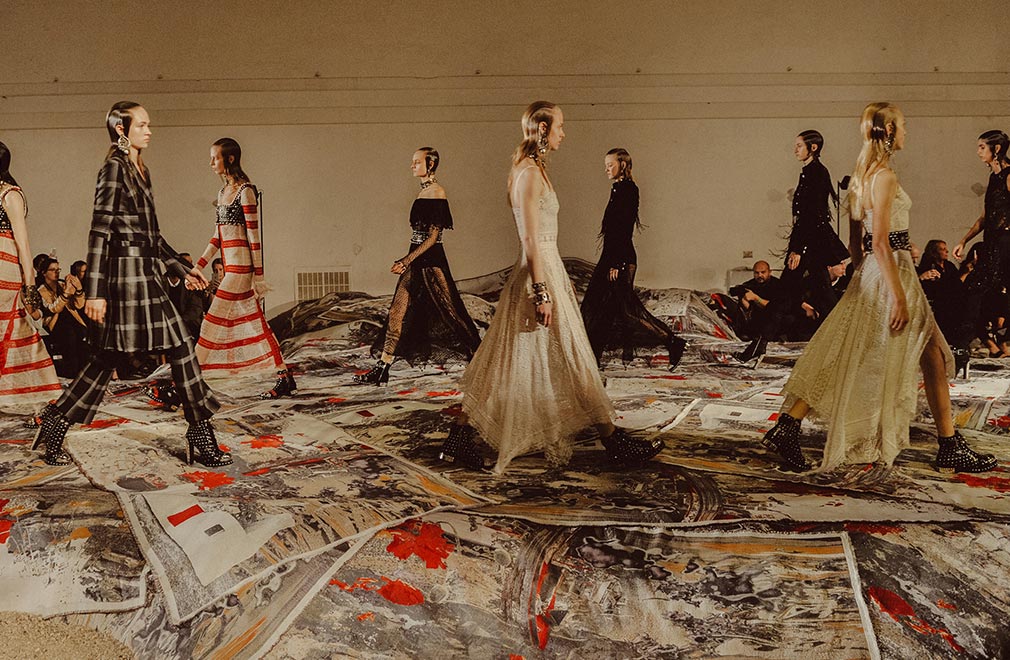 The House of Alexander McQueen is distinctive for its innovative and uncompromising expression of unbridled creativity.

Founded by Lee Alexander McQueen in 1992, the House joined the Kering Group in 2001. Sarah Burton was appointed Head of Design for womenswear in 2000 and named Creative Director in 2010. Under her leadership, the House produces critically acclaimed collections driven by a highly personal vision and a respect for both experimentation and time-honoured craftsmanship.

Today, the House is synonymous with modern British couture.

A love of nature and understanding of British history are key inspirations for the House. Through a constant exploration of the natural world, Burton celebrates the values of English rural traditions, a sense of community and the touch of the hand, whilst simultaneously pushing at the boundaries of fashion.

Integral to the Alexander McQueen culture is the juxtaposition between the feminine and the masculine, fragility and strength, romance and rebellion, man and machine.