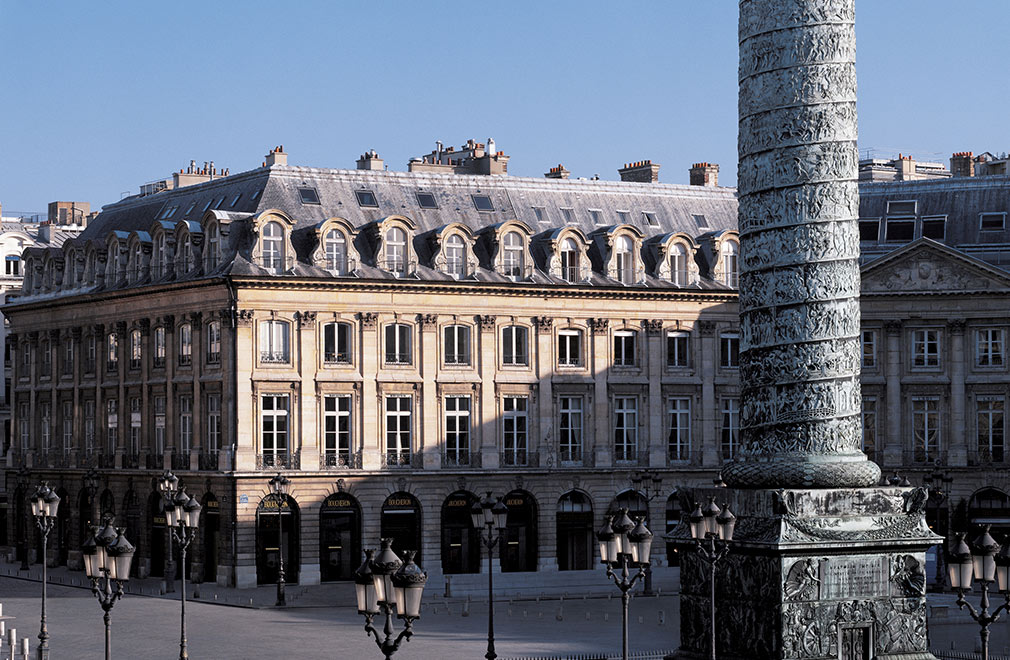 In 1893, Frédéric Boucheron was the first of the great contemporary jewelers to open a boutique on place Vendôme. It was this move that gave meaning to the beginnings and to what followed. It was also, above all, the expression of what neither science nor the arts can really define: intuition. In this case, that of four generations of Boucheron, who, in the space of 160 years, built a style, a reputation, a know-how. This balance between perfect technical mastery and limitless artistic talent lies at the origin of each creation. Just as one sees the qualities of a stone before it is cut, or senses the radiance of a jewel before it is shaped, so Boucheron conceived of French jewelry before it existed.

Always avant-garde and seeking modernity, in 1879 the jeweler devised the Question Mark necklace, which, for the first time ever, would be worn asymmetrically and would not have a clasp. Far from entrapping the jewel and those who wore it in some stranglehold, Boucheron liberated both the jewelry and the women, without resorting to ideology.
He became the jeweler of free and independent women.

Since then, all Boucheron creations have followed this spirit of daring. By being instinctive, in the moment, embodying the ages but never denying themselves.

One is never too old to be free.