Launched in parallel with the Award, as part of the partnership between Kering and the Rencontres d’Arles, the first years of the Women In Motion LAB will be devoted to highlighting the contribution made by women to the world history of photography. 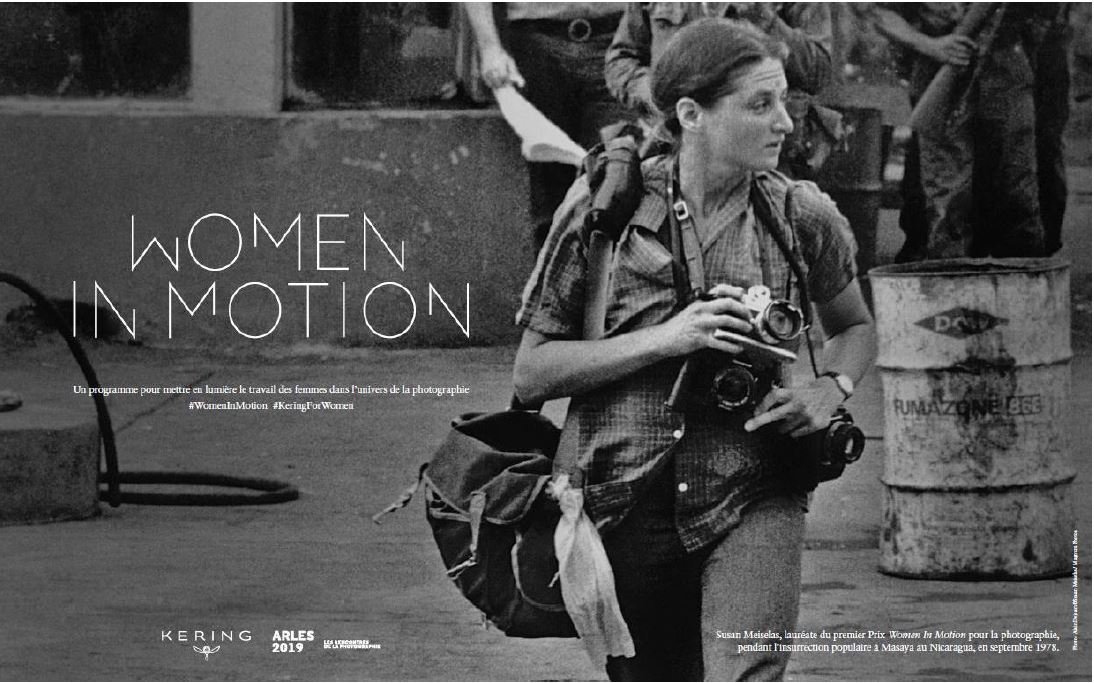 The project, led by historians Luce Lebart and Marie Robert, will look at the careers and works of around 300 women who have made their mark on photography since the very beginning, on every continent. The two leaders of the project will reach out to contributors around the world as they look to achieve their main aim of providing recognition for women photographers, who are rarely given the coverage they deserve.

A special place will be reserved for women who have played a major role in the development of the sector: collectors, gallery owners, curators, commissioners, journalists, publishers, writers and art critics.

The work will lead to the publication of a book, in collaboration with French publishing company, les éditions Textuel.

The latter of these celebrates the career of a renowned woman photographer, and includes prize money of €25,000 for the acquisition of works for the Rencontres d’Arles Collection. For its first edition, the award will go to American photographer Susan Meiselas, who will share her experiences with the audience at Arles during an evening at the Théâtre Antique on July 2.

Luce Lebart is a historian of photography, an exhibition curator and the French correspondent for the Archive of Modern Conflict collection (London and Toronto). She was the director of the Canadian Photography Institute from 2016 to 2018, having been head of the Société Française de Photographie from 2011 to 2015. Her recent books include Gold and Silver (RVB-Books, 2018); Les grands photographes du XXe siècle (The Great Photographers of the 20th century; Larousse, 2017); Les silences d’Atget (The Silences of Atget; Textuel, 2016). Since 2012, she has curated 18 exhibitions devoted to historic and heritage photographs – five of them at the Rencontres d’Arles, and the others for museums and festivals in Europe, Canada, and soon Mexico. Her latest book, Inventions (1915-1938), is dedicated to the archives of France’s National Center for Scientific Research (CNRS) and accompanies the Saga des inventions (Story of inventions) exhibition at this year’s Rencontres d’Arles.

Chief Curator of Photography at the Musée d’Orsay since 2011, Marie Robert has created a dozen different exhibitions from the museum’s collection, taking a socio-historical approach to the content (Images pauvres, images de pauvres; Les Petites Misères du photographe, Du Coq à l’Âne, La Confusion du genre, etc.). She was also the co-curator of Misia, Reine de Paris (2012), Splendeurs et Misères. Images de la prostitution (2015) and Qui a peur des femmes photographes ? (2015). Marie Robert taught the history of photography at the École du Louvre, using the prism of gender (2014-2017). Her research and published articles focus on women’s place in the history of photography, along with the interconnections between photography and other forms of media. She will be responsible for the reintroduction of cinema in the permanent exhibitions of the Musée d’Orsay in 2019.

About Les Éditions Textuel
Led by Marianne Théry, the company’s founder in 1995, Les Editions Textuel has been affiliated with Actes Sud since 2008. With around 100 listed titles, photography plays a major role in its catalogue. The company’s publishing policy is to include both world-renowned artists and emerging talent. Three books are being published this summer to mark the 2019 edition of the Rencontres d’Arles.