On May 13th 2018, as part of the 4th edition of Women in Motion, Kering and the Festival de Cannes will present during the official dinner, the Young Talent Award to a promising personality, along with €50,000 as financial support for a future film project.

Among a selection of films, the actress, producer and director, Salma Hayek Pinault, chose the Catalan director Carla Simón.

In 2017, Carla Simón presented her first feature film Summer 1993 (Estiu 1993) that was shot in just six weeks and was instantly hailed by critics. An autobiographical and naturalistic film produced by Inicia Films and Avalon, it tells the story of a six-year-old girl who has just lost her mother to AIDS and leaves to live with her uncle, aunt and cousin in the countryside. Filmed from the child's point of view, this emotional film won more than 30 prizes all over the world and represented Spain at the 2018 Oscars.

Presented at the Berlinale 2017, it won the prize for Best First Film and the Grand Prix of the Generation Kplus International Jury. It was also lauded at the Spanish Malaga Film Festival, where it received the Biznaga de Oro prize for Best Spanish Film. A few months later, the film won over the Jury de Cannes Ecran Junior and was awarded prize during the 70th edition of the Festival.

Carla Simón has also made numerous short films including Born Positive, Lipstick and Those Little Things, all selected to appear in international festivals. In 2016, her latest short film Lacuna was as very personal cinematographic project based on letters written by her mother. Along with preparing her second feature film, Carla Simón teaches young cinema students at the Cinema en Curs, ESCAC and Pompeu Fabra University.

"For four years now, we have been actively fighting for women in cinema. In keeping with this commitment, we support up-and-coming talents who will be the next inspiring and committed figures within the industry. We are pleased to honour the director Carla Simón, whose talent has already been acknowledged numerous times the world over."
François-Henri Pinault

“I’m proud and deeply moved to be awarded the Women In Motion Young Talent Award for 2018. As a young filmmaker, it is absolutely key to be supported in your work in order to move forward with serenity. It’s a great honour to feel that Salma Hayek Pinault and the Women in Motion team trust my artistic vision. This Prize and its financial support will enable me to fully commit myself to my next film project.”
Carla Simón 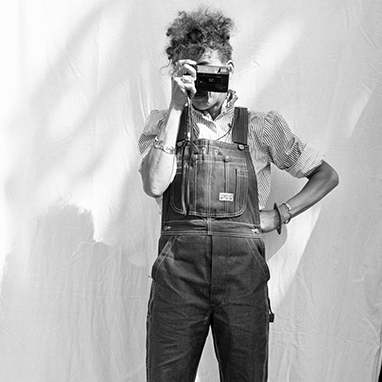