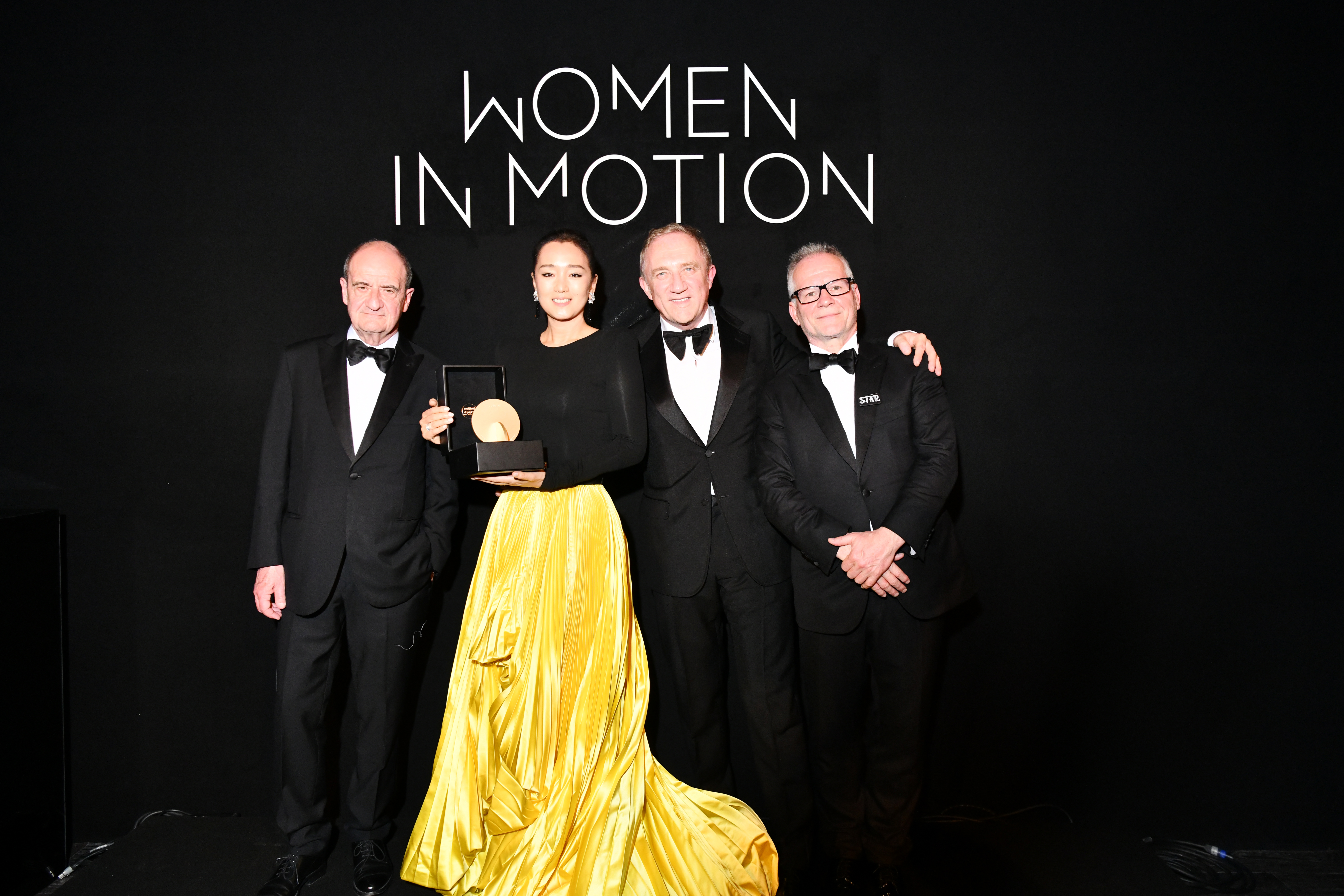 The official dinner of Women In Motion, Kering’s program aiming to shine a spotlight on women’s contribution to cinema, welcomed 200 guests on Place de la Castre, on the hills of Cannes on Sunday, May 19th 2019.

On this occasion, François-Henri Pinault, Chairman and CEO of Kering, Pierre Lescure, President of the Festival de Cannes, and Thierry Frémaux, General Delegate of the Festival of Cannes, presented the Women In Motion Award to Chinese iconic actress Gong Li, in the presence of Franck Riester, French Minister of Culture, and of the members of the Jury of the Festival. The Young Talents Award was presented to German director Eva Trobisch.

All the photos and b-roll of the ceremony can be downloaded in high definition on the Women In Motion Pressroom.