To celebrate Kyotographie international photography festival’s 10-year anniversary, Kering is supporting the “10/10 Celebrating Contemporary Japanese Women Photographers” exhibition through its Women In Motion program. To mark the occasion, the must-attend photography festival will showcase the works of ten contemporary Japanese women photographers in Kyoto, from April 9 through May 8, 2022.

In 2013, French photographer, Lucille Reyboz, and Japanese light artist, Yusuke Nakanishi, created the Kyotographie festival with an ambition to showcase traditional and contemporary photographic art, presenting both Japanese and international artists. The month-long festival takes place at a dozen of venues in the ancient city of Kyoto, creating an artistic dialogue and providing a platform for discussion and encounters between recognized photographers and emerging talent.

As a partner of Kyotographie, the Women In Motion program supports the “10/10 Celebrating Contemporary Japanese Women Photographers” exhibition, curated by Kyotographie’s co-founder/co-director Reyboz and Nakanishi, and with photography historian and independent curator, Pauline Vermare. To honor a decade of Kyotographie as well as its host country, this exhibition brings together ten contemporary Japanese photographers. The works of the featured women artists give a reflection and a perspective of Japanese society and social issues that each of the face and are expressed in powerful and distinctive ways.

The “10/10 Celebrating Contemporary Japanese Women Photographers” exhibition unites the artistic talents of ten Japanese women photographers: Yukari Chikura, Noriko Hayashi, Mayumi Hosokura, Ariko Inaoka, Ai Iwane, Momo Okabe, Harumi Shimizu, Mayumi Suzuki, Hideka Tonomura and Tamaki Yoshida. In the words of the curators, the exhibition is designed “as a symphony comprising ten individual exhibitions” – a nod to this year’s theme, One. It also reflects the festival’s multi-faceted purpose, which fosters appreciation of photography as a medium of artistic expression and as an art form. The exhibition’s  original scenography by Kyoto based architect Hiromitsu Konishi of miso, presents a history of Japanese women’s photography, embracing diversity. 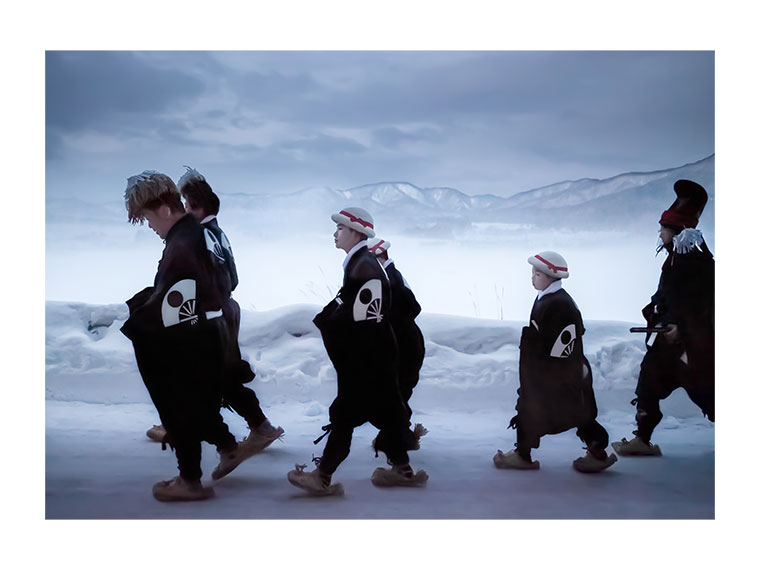 After graduating from university, Chikura became a music composer, arranger, and programmer. Following the words of her late father, she visited a village deep in snow and encountered a 1300-year-old festival called Zaido. This series of works, Zaido was published by Steidl in 2020. (Zaido was selected as Best Photo Book 2020 of Photo-eye, Vogue, LensCulture and Vanity Fair, among others). Chikura has won LensCulture Emerging Talent Awards, Lucie Photobook Prize, etc, and her work is in the collections of The Museum of Fine Arts, Houston, the Griffin Museum, and the Musée National de France. 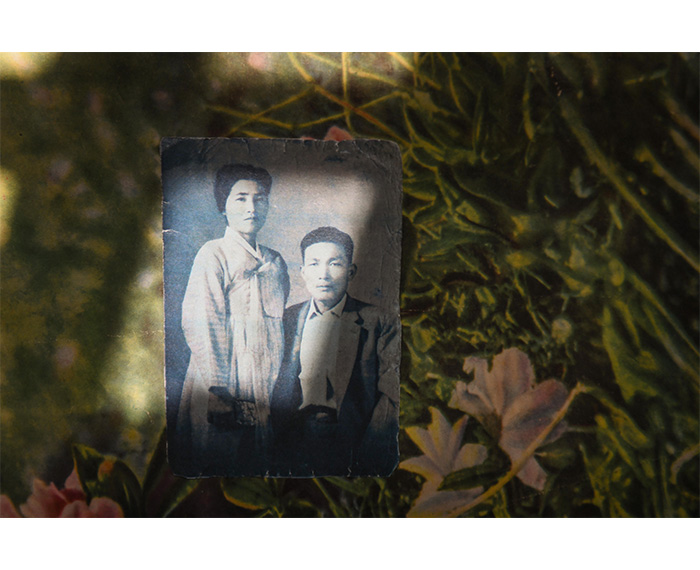 Documentarist focusing on social and gender issues. She will exhibit sawasawato, a long-term project about "Japanese wives" living in North Korea. While considering the representation of personal history and the social memory that surrounds it, Hayashi weaves together and reconstructs the individual memories that pass between Japan and the Korean peninsula. In 2019, she published Photo Documentary: Japanese Wives in Korea: 60 Years of Memories (Iwanami Shinsho). Hayashi’s work has been recognized internationally with awards such as the Visa d’Or feature award at the Visa pour l’Image festival and the NPPA Best of Photojournalism. 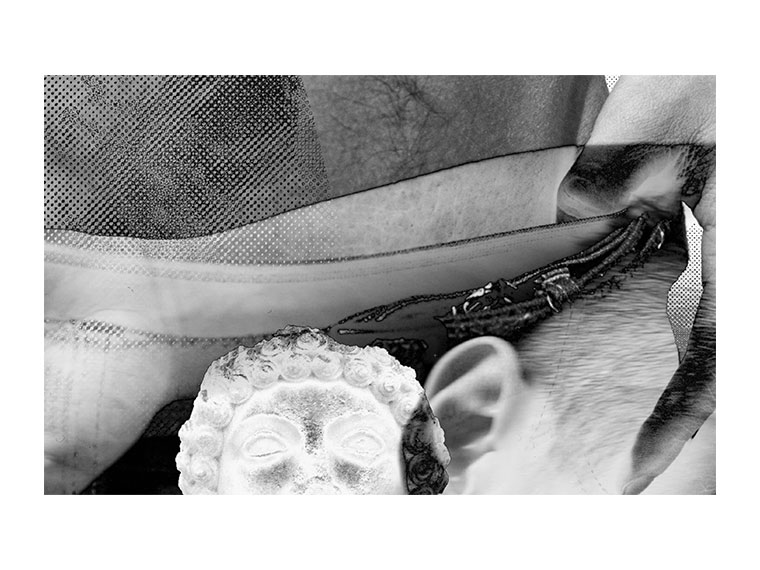 Hosokura reorganizes natural boundaries regarded natural between organism and mineral, human and animal, human and machine, also nationalities and races, based on sexuality and gender. Focusing on "how women see men," Hosokura will present "NEW SKIN" series, an installation of photographs and video, in which she has photographed and collaged images from such mediums as gay magazines and sculptures from museums. Selected publications and solo exhibitions include “NEW SKIN” (2020, MACK) and Sen to Me (Takuro Someya Contemporary Art 2021 Tokyo). 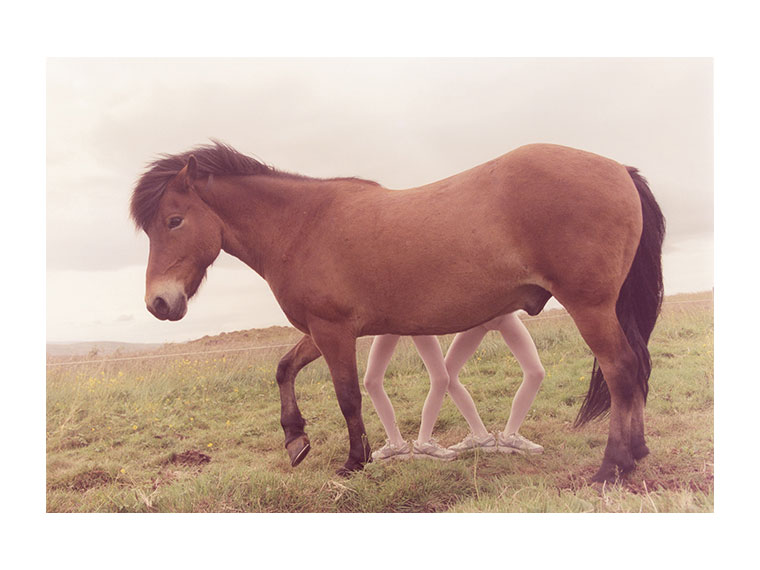 In 2002, she visited Iceland, where she was fascinated by the scenery of the water and began traveling to Iceland. In 2009, she began photographing two twin sisters she met in Iceland; this project continued for eight years and led to the 2020 release of her photobook, Eagle and Raven (Akaaka Art Publishing). Inaoka says that these works are connected to the landscape of Kyoto, where she was born and raised, and to Japanese animism, something that is being lost in Japan. In 2014, she became the 16th head of the family business, founded over 550 years ago. She continues to lead a double work life, as head of the Owariya soba shop and photographer. 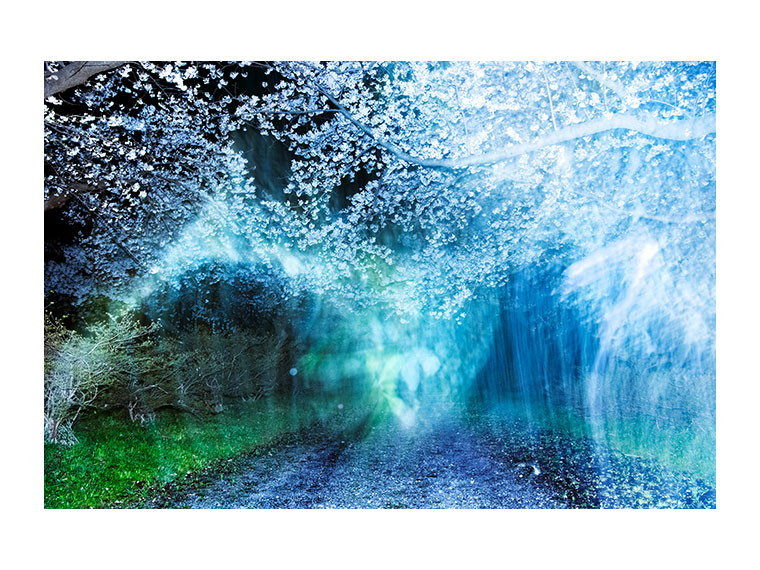 In 1991, she left for the United States to study at Petrolia High School, where she pursued an off-the-grid, self-sustaining lifestyle. In 2018, she released the photo book KIPUKA (Seigensha Art Publishing), focusing on the immigrant ties between Hawaii and Fukushima, which was awarded the 44th Kimura Ihei Photography Award and the 44th Ina Nobuo Award. Iwane, who says that "the boundary between nature and humans became blurred" while walking around the cherry blossom viewing spots in Tohoku where the light ups were canceled due to COVID-19, will exhibit "NEW RIVER," the series of works in which she photographed cherry blossoms and traditional Japanese dances in the dark. 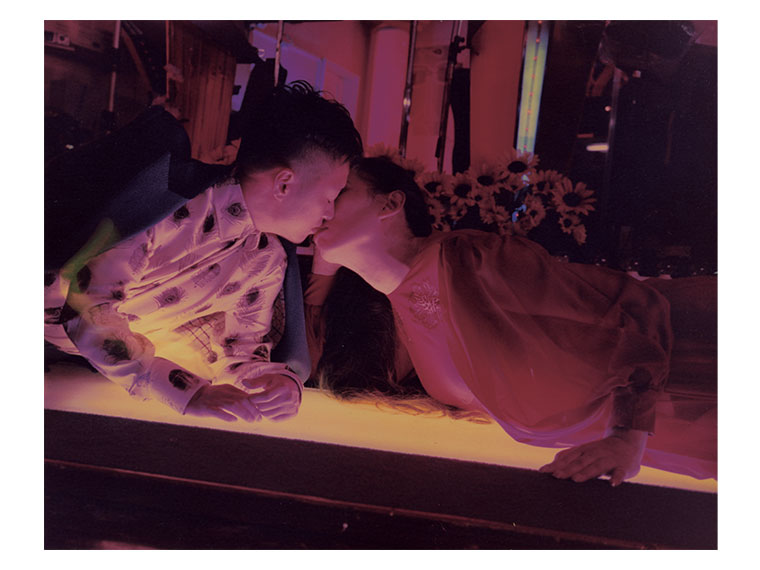 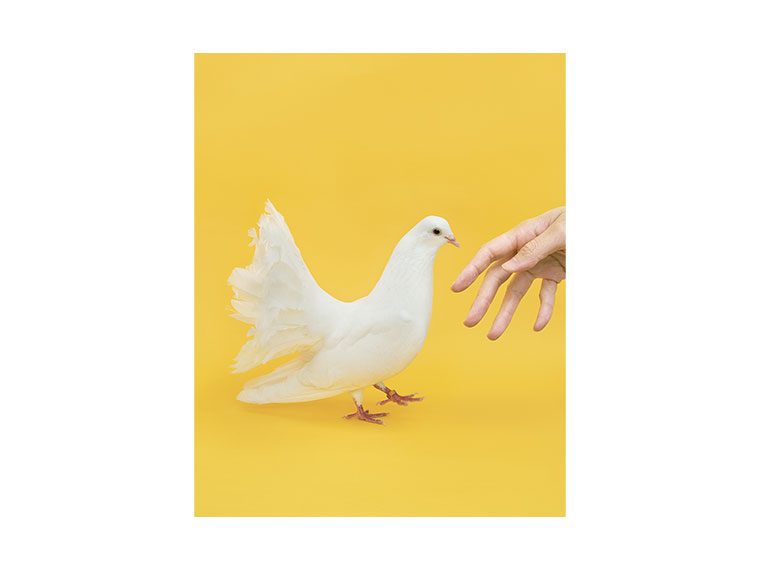 Major solo exhibitions include The Plants in the Voynich Manuscript at IMA Gallery, 2019; Open fruit is god at gallery blanka, 2015; icedland at Place M, 2014. She has participated in group exhibitions such as Asama International Photo Festival at Nagano, 2018; Lumix Meets Beyond 2020 by Japanese Photographers #4 at Amsterdam, Paris, Tokyo, 2016. Mutant animals and artificially hybridized plants are captured from the perspective of natural history, which are framed and photographed in contrast to the human body. The exhibition will feature the series mutation / creation, an archive of images of rare individuals and artificially created improved varieties. 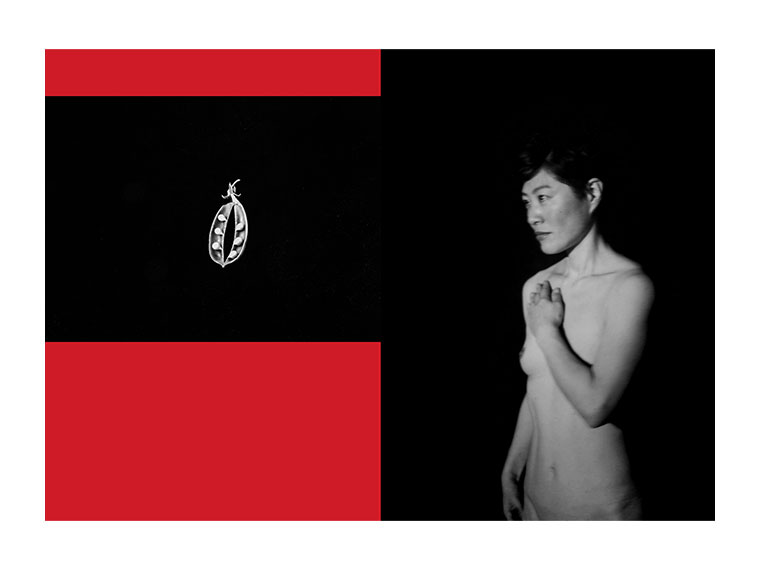 She grew up in a family that ran a photo studio founded by her grandfather in 1930, and at the age of 18, she began studying in the Department of Photography of Nihon University College of Art. After graduating, she worked as a freelance photographer, focusing on portraits. With the great east Japan earthquake that struck on March 11, 2011, Suzuki’s hometown Onagawa in the Miyagi Prefecture was destroyed by the tsunami and her parents lost their lives. Since then, she has frequently returned to her hometown to record the efforts of people in the area to move forward from the disaster. Since 2020, she has been working on her new project Hojo (fertility), which portrays her experience going through infertility treatment, will be on show. 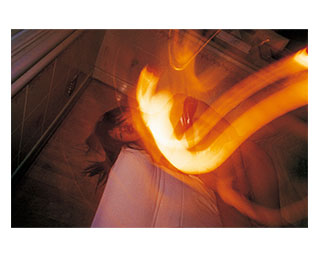 She published her first photobook mama love in 2008, revealing her deepest pain and the dark, hidden secrets of her family, leaving an unforgettable impression. In 2013 she published They called me Yukari, in which she documented the life and people around her when she was working as a hostess. In 2019, Tonomura started the Shining Woman Project—a portrait project dedicated to women who fight cancer, in which a publication was released in 2020. She will participate in "Love Songs," a group exhibition to be held at the MEP in Paris in March 2022. For Kyotographie 2022, Tonomura will exhibit works from the series “die of love" which is a "theater of love" in her style, capturing the joys and sorrows of daily life and nighttime cityscapes. 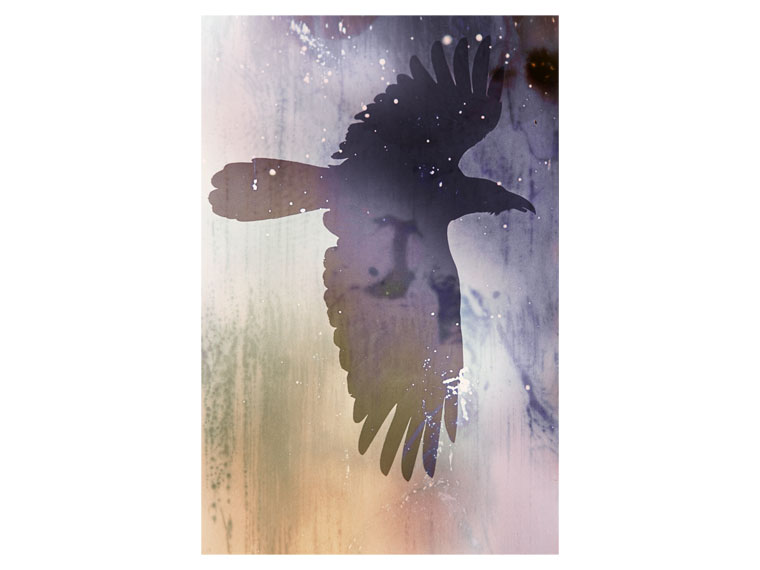 Yoshida has a special connection to nature. She is the winner of the KG＋SELECT Grand Prix in 2021 with her work, Negative Ecology, which will be on show at Kyotographie 2022. Imagining how people's daily lives are encroaching on wildlife and the natural world, Negative Ecology was taken in Hokkaido, northern Japan where there’s a rich environment of wildlife. To create this multidimensional work Yoshida uses various external elements/additives like detergent, abrasives, and toothpaste in her development process. These negatives exist as a metaphor for wildlife and nature that have been contaminated and destroyed. The images that emerge from these damaged negatives have a powerful impact depending on how you look at them. 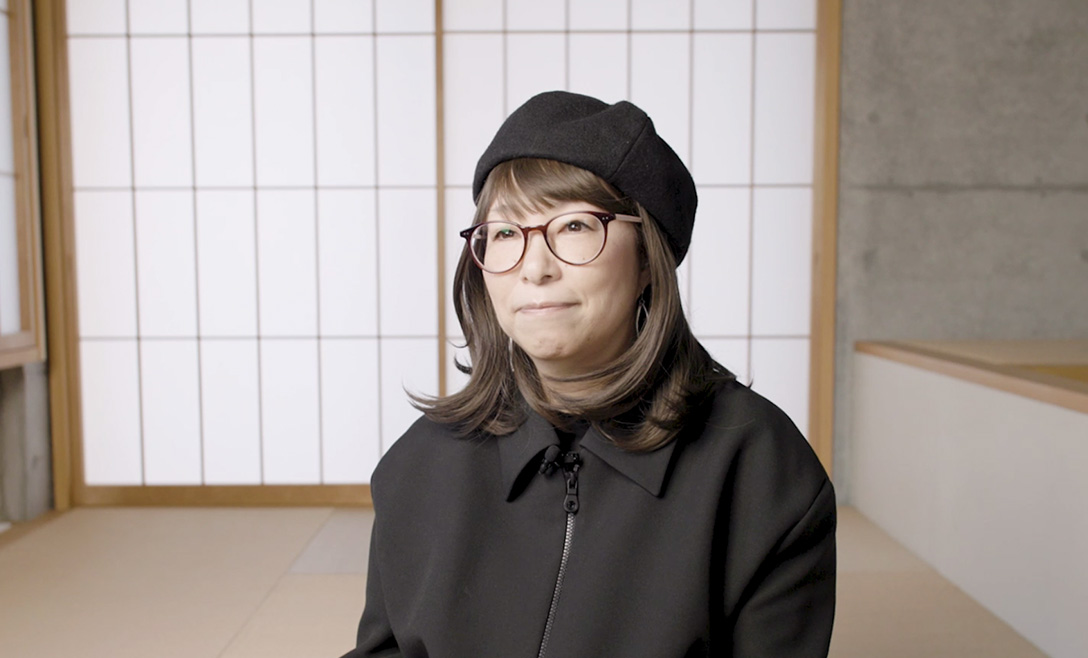 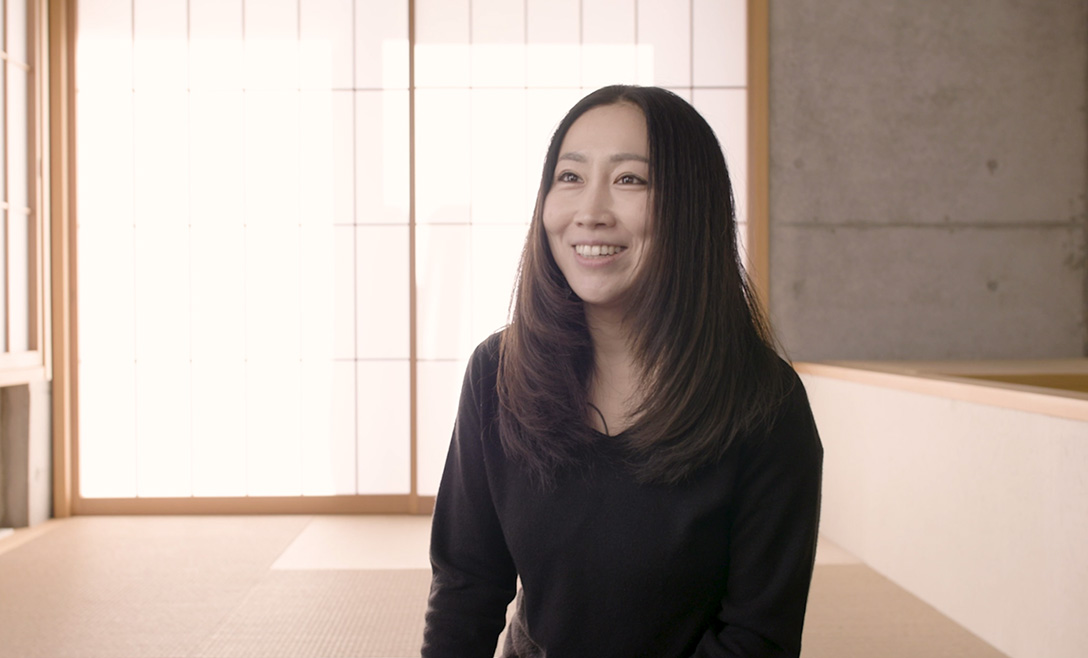 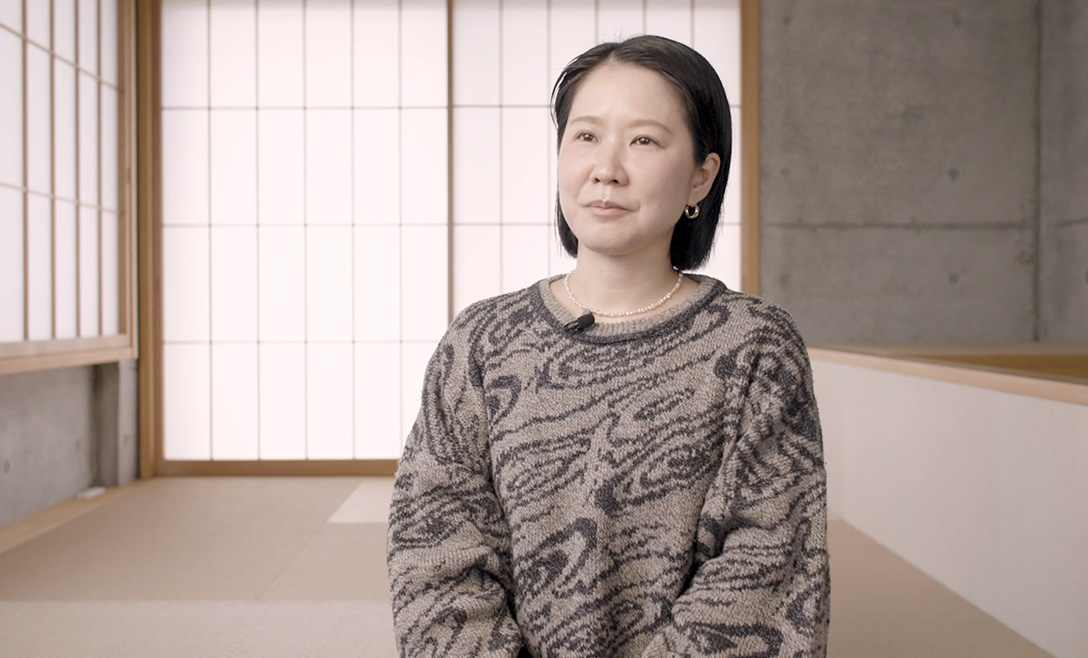 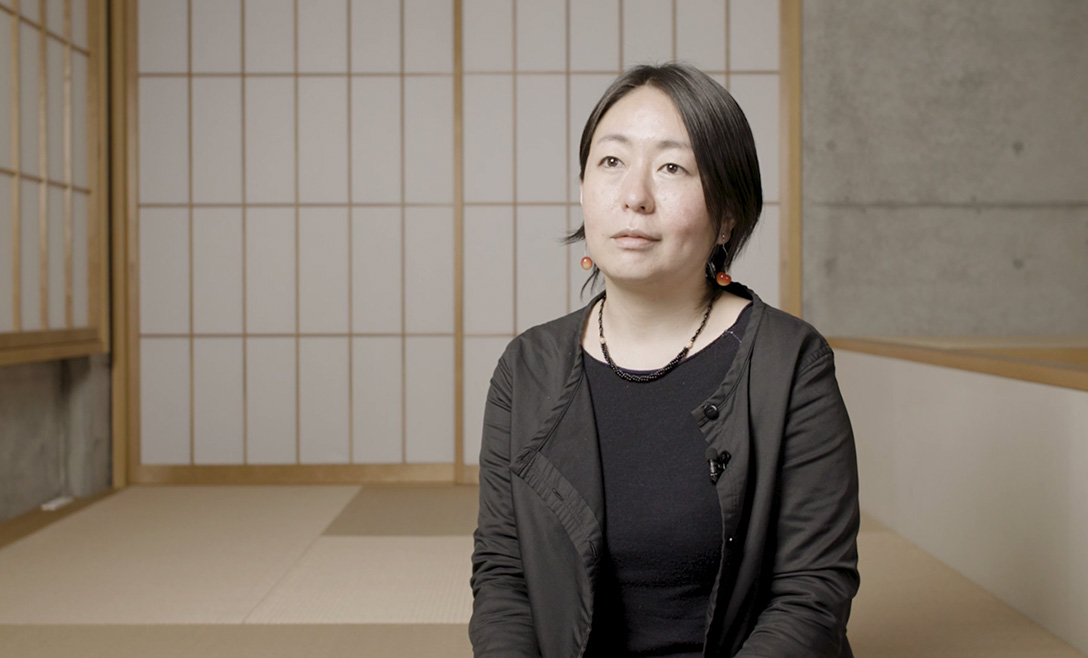 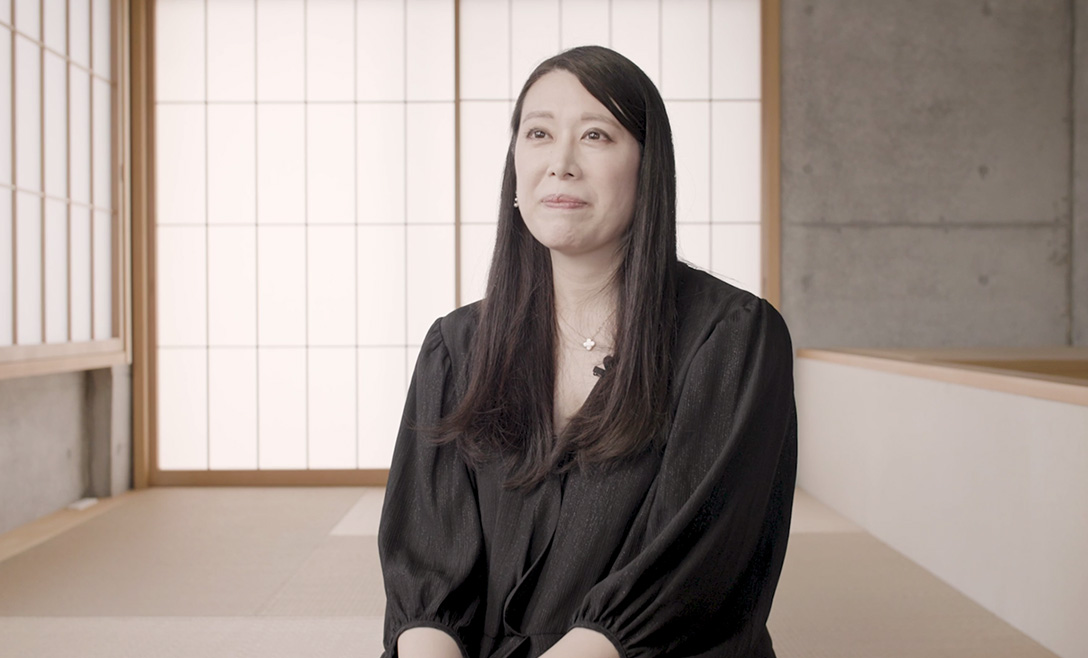 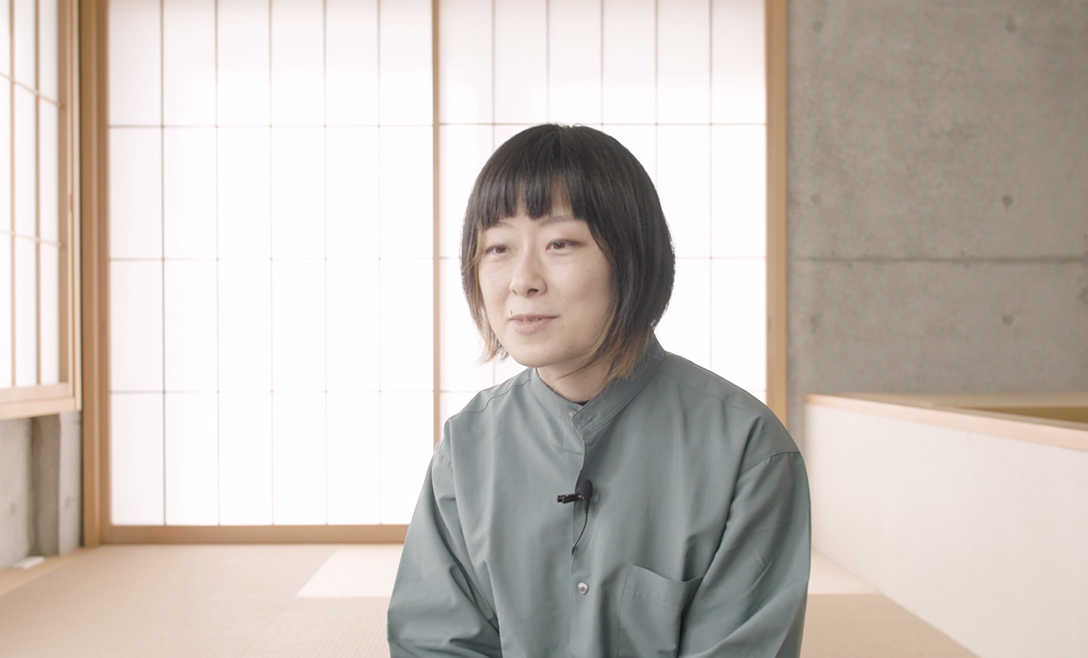 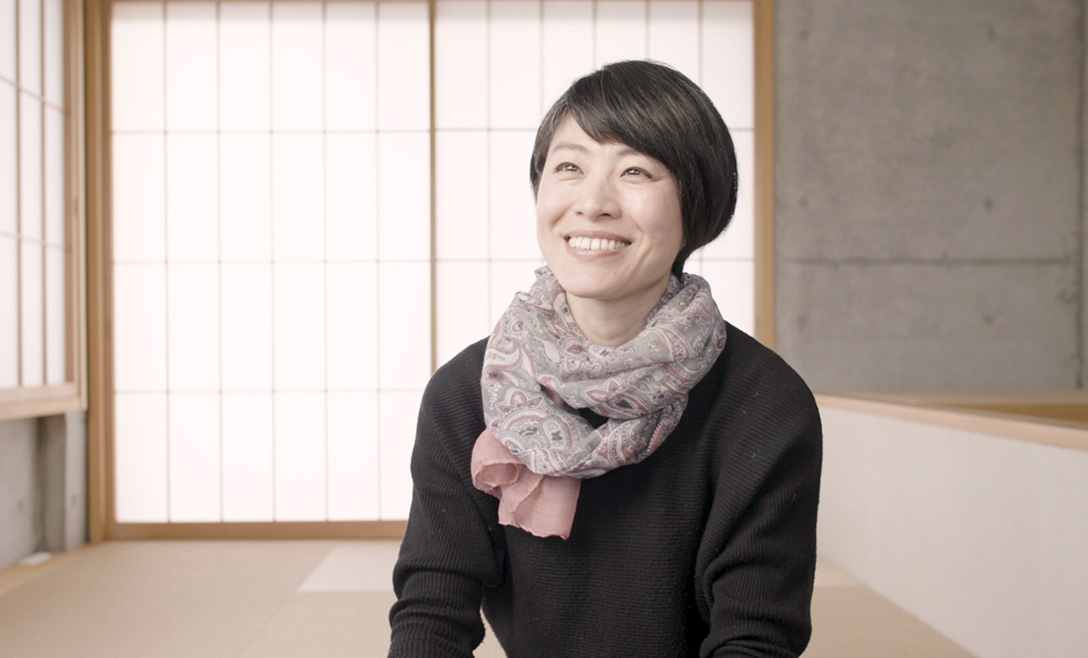 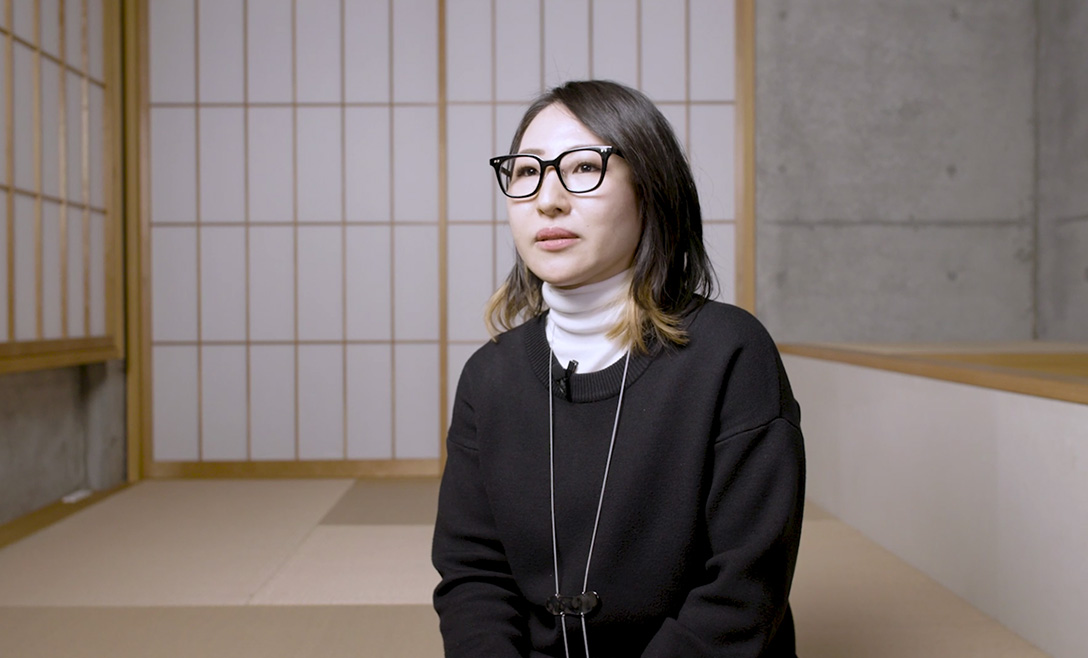 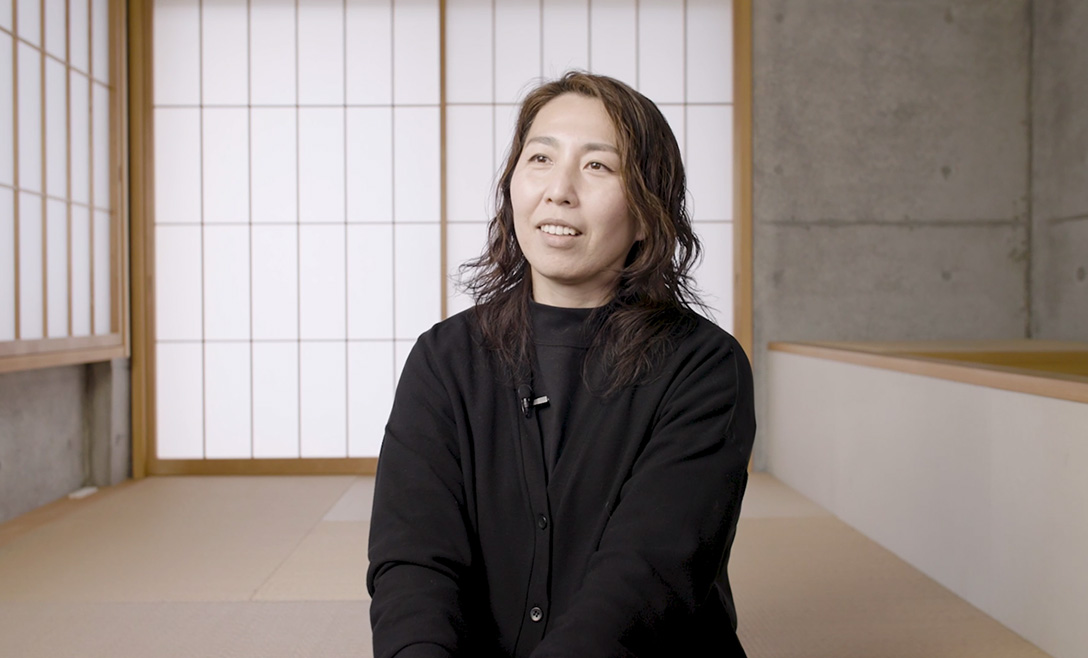 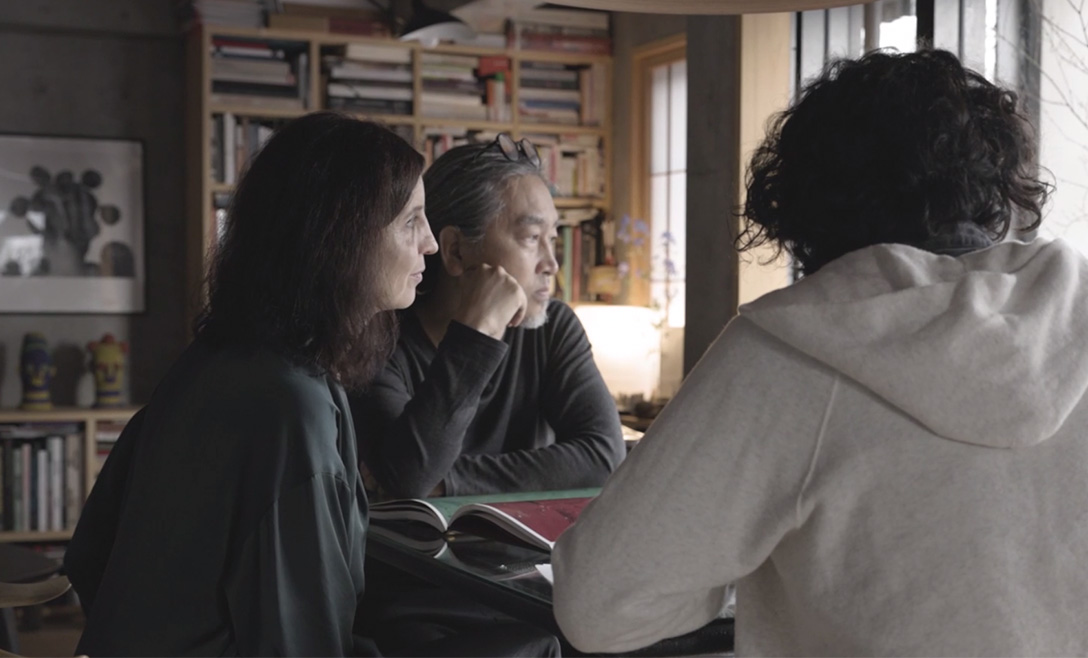 The exhibition will be held from April 9 through May 8, 2022, at the HOSOO gallery, in Kyoto.

Women In Motion and Kyotographie

Launched in 2015 as part of the Festival de Cannes, the Women In Motion program extended into Japan from 2017. This was followed by an initial Talk with film director, Naomi Kawase, and partnerships with prestigious Japanese festivals. Ever since, the program has stepped up its commitment to shine a light on women’s talent, expanding into new fields of the arts and culture such as photography.

The Kyotographie partnership was kick-started in 2019. In 2021, Women In Motion supported the “Women Artists from the MEP Studio: New perspectives in film and photography from France” exhibition, joining forces with the Maison Européenne de la Photographie (MEP) for the ninth edition of Kyotographie. By supporting this exhibition in Kyotographie, Women In Motion is further developing its activities and commitments to helping women in the world of photography. It is also encouraging a debate about their contribution and recognition in both this discipline and culture and the arts in general, with inequality now being an issue for all areas of the creative arts.

In 2015, Kering launched Women In Motion at the Festival de Cannes with the aim of shining a light on women in cinema, both in front of, and behind the camera. Since then, the program has been expanded to include the fields of photography, art, and literature. Through its Awards, the program recognizes both inspirational figures and talented young women, while its Talks provide an opportunity for leading personalities to share their views on the representation of women in their profession.