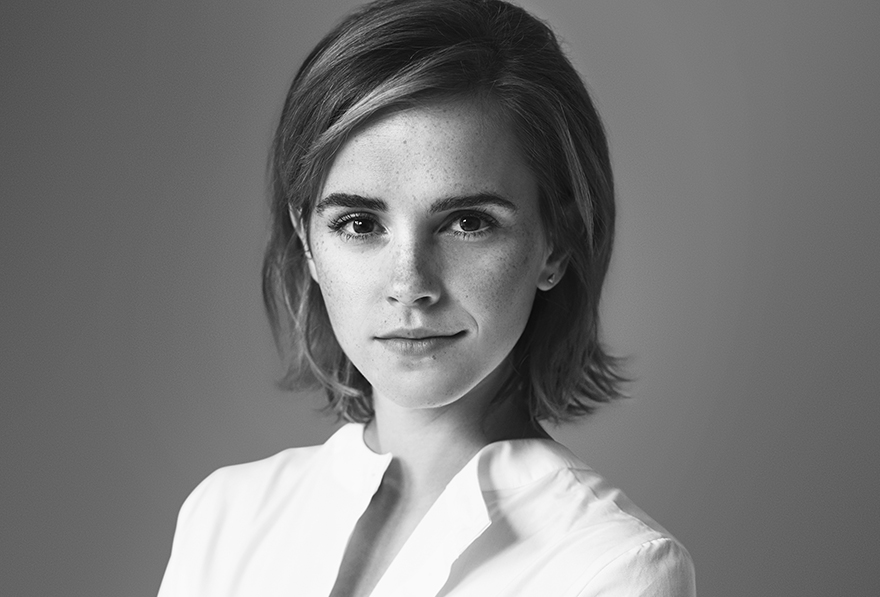 Emma Watson is a British actor and activist. She first came to the public’s attention playing Hermione Granger in the film adaptations of the Harry Potter book series, which enjoyed immense success worldwide. Twenty years later, she is one of the world’s most popular actors and best-known activists.

Between 2011 to 2014, Emma Watson's filmography included My Week With Marilyn, The Perks of Being a Wallflower, The Bling Ring, Noah and Disney’s Beauty and the Beast.
She most recently starred in Greta Gerwig’s Little Women.

In May 2014, she earned a degree in English Literature from Brown University.

Also in 2014, she was appointed a UN WOMEN Global Goodwill Ambassador and launched the HeForShe initiative aimed at involving men in the promotion of gender equality. Her work on the HeForShe campaign earned her a place on the TIME 100 list of the world’s most influential people in 2015.

In 2016, she created Our Shared Shelf, a feminist book club.

Emma Watson is part of the TIME’S UP Entertainment Steering Committee and brought the movement to the United Kingdom, coordinating its launch at the UK Film BAFTAs in 2018 and building a network of hundreds of women from across the industry.

Her consultation with the women’s movement led to the establishment of a new UK Justice and Equality Fund, hosted by Rosa and launched by Emma Watson with a donation of GBP 1 million. The aim is to end cultures of harassment, abuse and impunity by funding expert organizations in this field.

Emma Watson has also helped launch new UK industry-wide guidelines on harassment and bullying with the British Film Institute (BFI), the British Academy of Film and TV Arts (BAFTA), and the Advisory, Conciliation and Arbitration Service (ACAS) and other leading bodies.

In 2019, French President Emmanuel Macron invited her to sit on the G7's advisory Gender Equality Council.

Emma Watson is also a pioneer in advocating for sustainable fashion and is a supporter of Good On You, a mobile app that allows consumers to check the sustainability credentials of clothing brands. In 2018, she was invited to guest edit a Vogue Australia publication on sustainable development and responsible consumption.

Emma Watson has been a Director of Kering since June 16, 2020. Her term of office will expire at the end of the Annual General Meeting called to approve the financial statements for the year ending December 31, 2023.